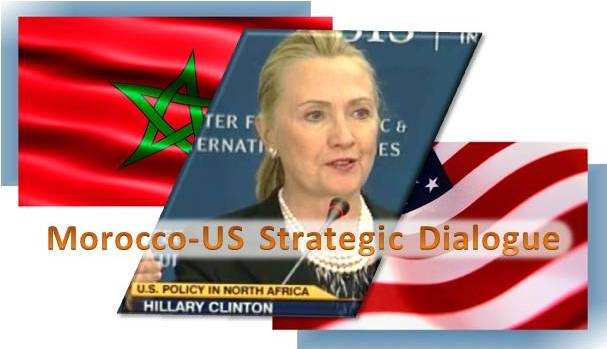 Moroccan American Center for Policy (Washington, DC, Oct. 16, 2012) — Morocco and the US have announced a wide range of areas for bilateral cooperation — including ongoing democratic reforms, economic growth and jobs, women’s empowerment and human rights, interfaith tolerance, countering terrorism, and ending the violence in Syria — in their recently launched Morocco-US Strategic Dialogue.

This new partnership agreement is the result of more than a decade of focused, comprehensive leadership and cooperation by King Mohammed VI with three US Administrations to strengthen Morocco-US relations and implement the two countries’ shared vision for the Middle East and North Africa. 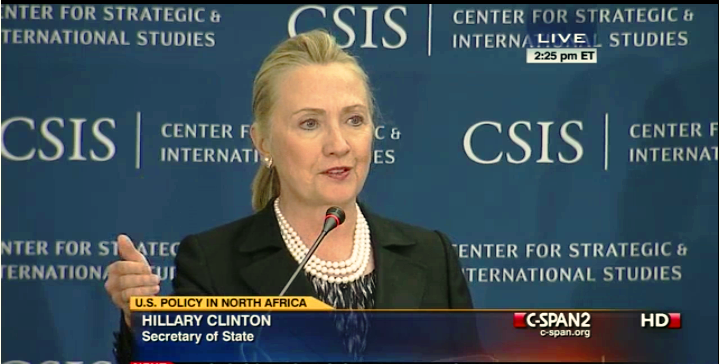 At CSIS, Sec. Clinton calls US support for democratic reforms in N. Africa a ‘strategic necessity,’ praises Morocco for ‘answering call for change.’

US recognition for Morocco’s leadership and reforms also came last month during the launch of the Morocco-US Strategic Dialogue, one of less than two dozen such agreements in existence, and the only one in North Africa.  Secretary Clinton said that the US “looks to Morocco to be a leader and a model.”

In the joint statement issued by the two countries Friday, Morocco and US leaders agreed “to advance policies and programs” across a range of issues and shared interests, including ongoing democratic reforms, economic growth and jobs, interfaith tolerance, women’s empowerment and human rights, security against a growing terrorist threat, and addressing regional crises in the Sahel, Syria, and elsewhere.

Both reiterated their commitment to find a peaceful, sustainable, mutually agreed-upon solution for the Western Sahara conflict and that Morocco’s autonomy plan — supported by three US Administrations and bipartisan majorities of the US House and Senate — is a serious, realistic, and credible solution.

Both countries also emphasized their “commitment to the special and longstanding relationship between the US and Kingdom of Morocco, the first nation to recognize the independence of the US in 1777.”

“This new strategic relationship elevates and strengthens America’s already long history of close cooperation with Morocco,” said Edward M. Gabriel, former US Ambassador to Morocco.  “It also helps establish a new anchor for US efforts to ensure the vision both nations share for the future of the region prevails against those who would undermine it through extremist violence and intolerant world views.”

Leaders from the two nations will meet regularly in working groups to discuss political, security, economic, and education and cultural affairs, and hold an annual high-level meeting alternately in Rabat and Washington, DC.

** For the complete text of the joint statement on the first Morocco-US Strategic Dialogue, go to:
http://moroccoonthemove.files.wordpress.com/2012/10/joint-statement-of-first-session-of-us-morocco-strategic-dialogue-12oct2012.pdf

**For answers to Frequently Asked Questions about the Morocco-US Strategic Dialogue, go to:
http://moroccoonthemove.wordpress.com/features/