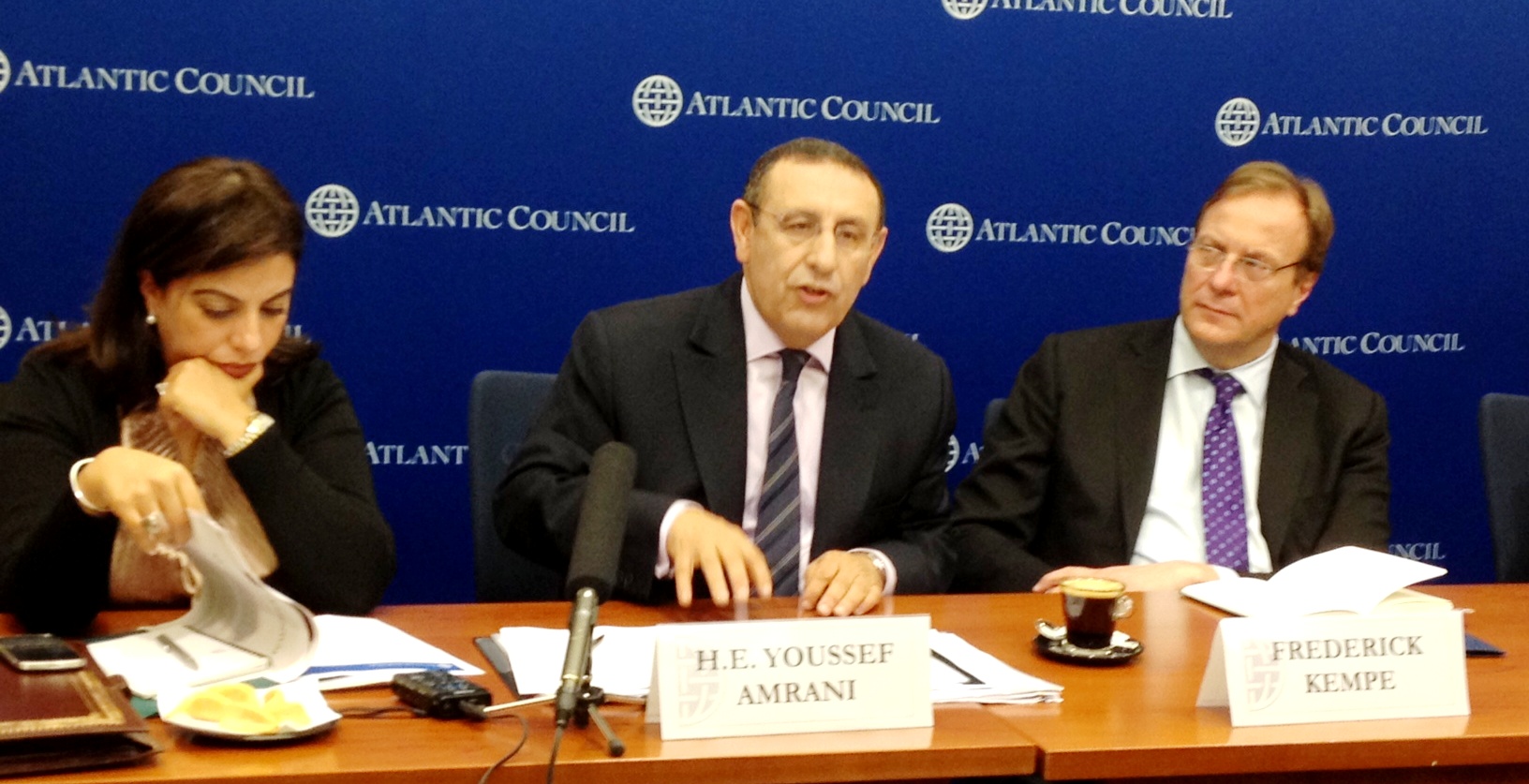 MACP (Washington, DC, Dec. 4) — Morocco Deputy Foreign Minister Youssef Amrani met with US officials today in Washington to prepare for upcoming strategic talks in Morocco scheduled for December 11 between His Majesty King Mohammed VI and Secretary of State Hillary Clinton. King Mohammed VI and Secretary Clinton are to discuss concrete steps Morocco and the US can take in their strategic partnership to address crises in Mali and Syria, advance the Middle East peace process and regional humanitarian concerns, and deepen US-Morocco bilateral ties.

At an Atlantic Council forum, Mr. Amrani said Morocco and the US are working together closely on a number of specific initiatives resulting from the formal Morocco-US Strategic Dialogue agreed to in September, including a US-Moroccan Business Development Conference that convened in Washington for the first time today.In December, Morocco assumes the rotating Presidency of the UN Security Council, where it is working with the US and allies on the deteriorating situations in Mali and Syria.  On December12, Morocco is hosting the next international “Friends of Syria” meeting in Marrakech, which Secretary Clinton is expected to attend.

“We know what has to be done to build peace,” said Mr. Amrani.  “We need to show the political will to do it.”

He said “the interconnection between drug-trafficking and al-Qaeda-linked extremists” in the Sahel and Central Africa “poses a great threat to the international community.  If we don’t fight it, it will create instability and failed states across the region. What happened in Mali can happen in other countries.”  Amrani said “African nations must take the lead,” pointing to the current two-track approach of dialogue and military pressure.

Mr. Amrani said that economic development and job creation are crucial parts of a multi-prong strategy to “build peace and prosperity and curb the rise of violent extremism in the region.” So too are political freedoms and democratic reforms. But he added, “democracy is a culture and expression of political will.  Countries without a history of civil society need transition time to build it, which can be complicated, long, and difficult.”

Amrani said that Morocco, which began its reforms more than a decade ago under the leadership of King Mohammed VI, can play an important role as a regional leader with its strong civil society, tradition of tolerance and consensus-building, and respect for individual rights.

[…] will first meet  with His Majesty King Mohammed VI for discussions about the Morocco-US strategic partnership.  Then she will join the international “Friends of […]

[…] said advancing political freedoms and democratic reforms are fundamental. But he added, “democracy is a culture and expression of political will. Countries without a history of […]