*Get ready for flamenco guitar, social consciousness and Sufi mystics. The world’s most spiritual music fest kicks off this week*

CNN (Fez, Morocco, June 3) — If there’s a music festival out there with more ambitious aims we don’t know about it.

The official goal of Morocco’s annual Fes Festival (June 7-15) “is to harness the arts and spirituality in the service of human and social development, and the relationship between peoples and cultures.”

If that sounds like the syllabus description for the most tedious university seminar you ever sat through, fear not.

More than earnest academic discussions, Fes Fest is a blast of music and dance, a raucous gathering of some of the most talented and exotic musicians in the region. 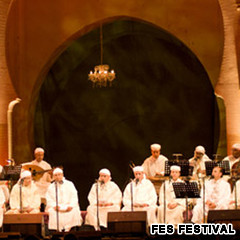 This year’s Fes Fest features 65 acts, including some of the region’s top musicians. Highlights among the approximately 65 world artists and bands that will perform include Syria’s best known female vocalist, Assala Nasri; a collaboration between South Africa’s Ladysmith and the Chicago Gospel Experience; and Morocco’s Gnawa music tradition maestro Hamid Kasri, who will perform in the Bab Boujoulud, the ancient main plaza of Fes.

Sufi nights, late night sessions with the best of Morocco’s mystical Sufi music ensembles, are an annual favorite and a huge draw.

“Fes is the cultural, intellectual and spiritual cradle of Morocco, so it is significant that this annual festival takes place in the city,” says festival Asia and North America managing director Zeyba Rahman.

“All the programs are held in historic and beautiful UNESCO designated World Heritage Sites. It brings together culturally significant artists from diverse faiths from around the world and includes the highest caliber Moroccan musicians.”

“The current affairs focused Fes Forum discussions will be centered on the theme of ‘A New Andalusia: local solutions for global disorder’ over the course of four mornings in the Batha Museum,” says Rahman. “Each morning the discussions will focus on topics with talks (led by) multidisciplinary speakers.”

Panels will tackle such heady issues as, “Can financial markets be made to work in harmony for the global good?” and “Exploring Bhutan’s experiment with a focus on Gross National Happiness as a guide to national leadership.”

Festival-goers are welcome to take part in seminars and discussions.

Fes has been considered Morocco’s intellectual capital for centuries. In addition to the festival, visitors can check out the old medina and Dar Tazi gardens, or relax on Berber rugs and sip mint tea in atmospheric cafes around the city of approximately one million residents.

Fes Festival; June 7-15, 2013; tickets and information available on the festival website; most travelers arrive by rail or plane at Fes–Saïss Airport, located about 10 kilometers outside the city. Airlines that serve the aiport include Air Arabia, Air France, easyJet and Ryanair.