Moroccan offials and Director General Francis Gurry, with members of the secretariat, at the opening of the WIPO Diplomatic Conference in Marrakesh. YouTube

UN News Centre (Marrakech, Morocco, June 21, 2013) – Stevie Wonder has appealed to more than 600 negotiators at a United Nations forum in Marrakesh to finalize a new global treaty easing access to books for blind, visually impaired, and other print disabled people – promising to celebrate with them in Morocco when the agreement is concluded.

“Let’s get this ‘Signed, Sealed, Delivered (and) I’m Yours’,” Mr. Wonder said to the tune of one of his biggest hits in a video statement to delegates at the forum, convened by the World Intellectual Property Organization (WIPO).

“Do this and I will come to Marrakesh and we will celebrate together,” added the legendary award-winning singer and songwriter, who has been blind since shortly after birth.

“The world’s blind and visually impaired are counting on you,” said Wonder. “I am counting on you. Don’t let me down. But most of all, please don’t let them down. This is our legacy. Your gift to future generations. A signed treaty will improve access for the blind, visually impaired, and print disabled to published works in formats such as Braille, large print text and audio books, according to a news release issued by the Geneva-based WIPO. The beneficiaries will have better access to novels, textbooks and other material that they can use for education and enjoyment.”

“We stand at the cusp of a momentous time in history,” said Mr. Wonder. “All of you – great minds representing governments around the world – have the opportunity to right a wrong. You are in the final sprint of a marathon that has spanned many years, but time is short and there is still much more work to be done to complete this historic treaty.”

WIPO Director General Francis Gurry said the objective of the conference is a relatively simple and straightforward one – “to alleviate the book famine that causes over 300 million visually impaired persons, the majority of them in developing countries, to be excluded from access to over 90 per cent of published works.”

That objective, he said, would be achieved by establishing an enabling legal framework that will facilitate the production of accessible formats and their exchange across borders.

“Negotiators have the task of, on the one hand, designing a workable system that will ensure that accessible formats can be produced and exchanged across borders around the world in a simple and easy manner and, on the other hand, providing assurances to authors and publishers that that system will not expose their assets to misuse in parallel markets that are not intended to serve the visually impaired and the print disabled. Their success in finding the right balance will ensure the success of the treaty.” 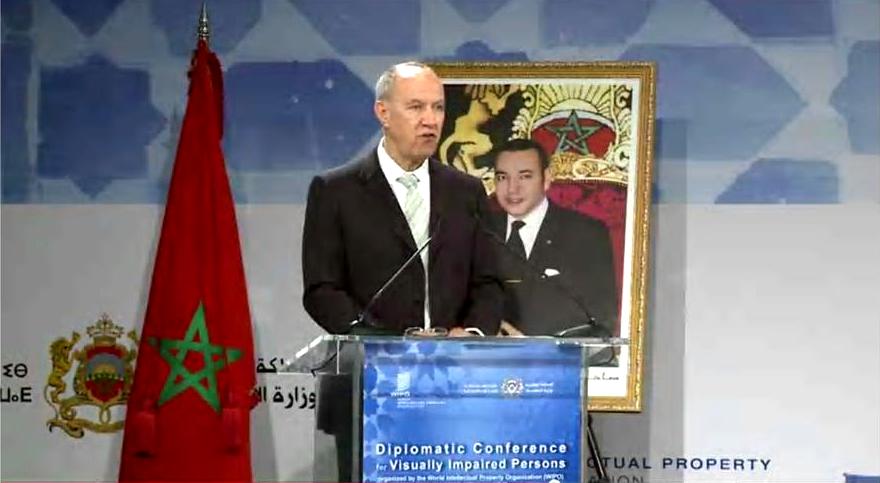 WIPO Director General Francis Gurry said the objective is simple – “to alleviate the book famine that causes over 300 million visually impaired persons, the majority of them in developing countries, to be excluded from access to over 90 per cent of published works.” YouTube

Negotiators have already made great headway in several negotiating sessions since the first proposals for a draft treaty were originally submitted in May 2009.

A WIPO survey in 2006 found that fewer than 60 countries have limitations and exceptions clauses in their copyright laws that make special provision for visually impaired persons, for example, for Braille, large print or digitized audio versions of copyrighted texts.

In 2010, Mr. Wonder – a strong supporter of the treaty – appealed to negotiators to speed up their work “to end the information deprivation that continues to keep the visually impaired in the dark,” and urged negotiators to put ideological differences aside.

“The time has come. Today. Not tomorrow. Today. The world’s blind and visually impaired are counting on you. I am counting on you. Don’t let me down. But most of all, please don’t let them down. This is our legacy. Your gift to future generations,” he urged.

Among the many artists at the conference was Moroccan singer Fettah Ngadi, performing at the end of the first day of the gathering. Photo: WIPO/Emmanuel Berrod

“So, let us at last finalize this new agreement and open the doors to the world’s written treasures, moving toward a future where there are no barriers to the expansion of knowledge and the enjoyment of culture. Even for the visually impaired.”

Earlier this week, Morocco’s King Mohammed VI delivered a message to the conference, saying that “Now is the time to adopt the Marrakesh Treaty, and we look forward to the endorsement of the first international document in the history of the World Intellectual Property Organization that provides for exclusive exceptions and limitations to copyright as an exceptional measure in copyright doctrine.”

The King said the absence of a treaty would mean that the blind, visually impaired and print disabled “would remain deprived of the right to equal opportunity,” whereas a successful treaty would not only be a proud moment in WIPO history, it would also “reflect the humanitarian depth of our collective commitment to upholding the values of mutual assistance and solidarity.” The King’s message concluded with a reminder to the international community of the “moral obligation to remove all obstacles which prevent blind people and visually impaired persons from having access to culture, science, modern technology as well as media and communication outlets.” 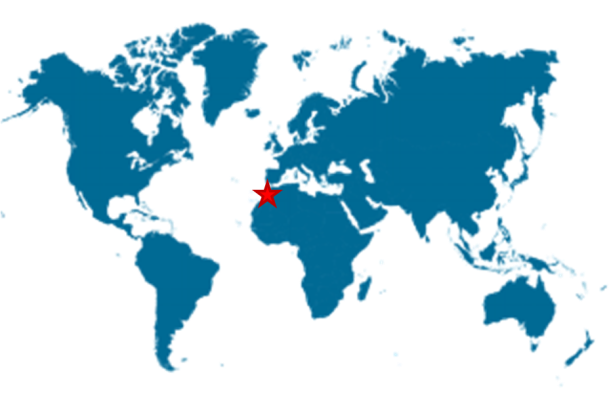 The two-week Diplomatic Conference to Conclude a Treaty to Facilitate Access to Published Works by Visually Impaired Persons and Persons with Print Disabilities will conclude on 28 June.