MACP (Washington, DC, December 2, 2013) — To honor the memory of President John F. Kennedy, Morocco is making a new multi-year contribution in his name to the Peace Corps to support and extend the work of volunteers in Morocco, Moroccan Foreign Minister Salaheddine Mezouar announced in Washington following the November 22 meeting between King Mohammed VI and President Obama at the White House.

In a joint statement after their meeting, which covered a wide range of bilateral and regional issues, President Obama also thanked the King for Morocco’s contribution to the J. Christopher Stevens Virtual Exchange Initiative, honoring the late US Ambassador to Libya, who worked as a Peace Corps volunteer in Morocco from 1983-85.

“As we celebrate our continuing strong partnership with the United States,” said Minister Mezouar, “let us all take a moment to pause and remember the tragic death of President John F. Kennedy, 50 years ago on this date.

“Morocco lost a great friend that day, a leader who had a keen appreciation of Morocco’s contribution to stability and peace in the world, an unwavering commitment to maintaining our long alliance, and a valued personal relationship with King Hassan II.

“I am delighted to inform you that to honor President Kennedy’s memory, King Mohammed VI has announced a multi-year contribution in President Kennedy’s name to the Peace Corp in Morocco,” said Mezouar, part of a high-level Moroccan delegation that travelled to Washington, DC with the King. 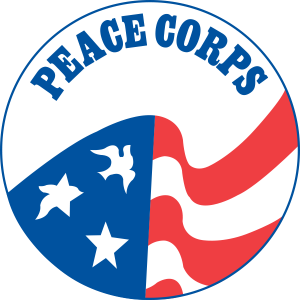 “Over the past 50 years, more than 4,530 Peace Corps volunteers have worked in Morocco, fulfilling President Kennedy’s vision of advancing world peace through service in countries across the globe.

“Morocco’s donation will support the volunteers’ indispensable work in Morocco on rural and youth development, English education, environment and health.”

The tribute by Morocco followed a  productive meeting at the White House between King Mohammed VI and President Obama, where the two leaders worked to deepen the two nations’ strategic partnership, which dates back more than 230 years.

In March 1963, President Kennedy welcomed King Mohammed VI’s father, King Hassan II, to Washington with eloquent words that still resonate today: “Though a wide ocean separates our two countries, they have been bound together throughout our history.”

King Hassan replied that Morocco looked forward to continuing to work with America in “true and honest and unselfish cooperation in their mutual interests, as well as in the interest of the cause of freedom, peace, and human dignity throughout the world.”

The Peace Corps was one of President Kennedy’s defining legacies, established just months before his death, and embodying his vision of international good will and cooperation.

It has done much to further the bonds of friendship and partnership between the two countries.

Christopher Stevens was one of the more than 4,000 US Peace Corps volunteers who served in Morocco, teaching English as a second language in a village in the Atlas Mountains for two years before joining the US Foreign Service and going on to become a US Ambassador.

In the joint US-Morocco statement following their Oval Office meeting, President Obama “commended His Majesty the King for graciously committing to donate $1 million per year over the next five years to the J. Christopher Stevens Virtual Exchange Initiative, which hopes to connect youth from all different age groups in the Middle East and North Africa with youth in the United States through virtual exchange.”

The Stevens Initiative was inaugurated in September 2013, during the UN General Assembly, by the Stevens Family with partner governments and private sector leaders.

It aims to “fuel the largest ever increase in people-to-people exchanges between the US and the broader Middle East, vastly increasing the number and diversity of youth who have a meaningful cross-cultural experience as part of their formal education.”

The Stevens Initiative goal is to reach more than 1 million youth by 2020.

* For details on US-Morocco partnership from White House, click here for Fact Sheet: