US EMBASSY in RABAT, MOROCCO 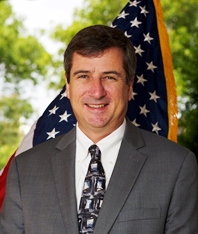 US Embassy in Rabat, Morocco

Coming just a few weeks after President Obama hosted Morocco’s King Mohammed VI at the White House, the US Embassy in Morocco will conduct a Teleconference: “Positioning US Firms for Morocco’s Infrastructure Expansion,” providing American companies insight into the North African country’s burgeoning infrastructure market. As one of the only politically stable countries in the region and located at the intersection of Europe, Africa and the Middle East, Morocco has piqued international investors’ interest in recent years.

MOTM spoke with Charge d’Affaires at the US Embassy in Rabat, Matt Lussenhop for a preview of the call and his take on how US companies can benefit from Morocco’s growing economy and the unique US-Morocco relationship.

MOTM: What does the visit between His Majesty King Mohammed VI and President Obama signify for American companies?

Mr. Matt Lussenhop: The Moroccan delegation to Washington included heavy representation from business and the private sector, and these members were very busy—engaging with the media, with trade groups, with research organizations—explaining the economic opportunities available in Morocco. The overall visit has reinvigorated the partnership between the United States and Morocco in a lot of areas, including business and trade ties. If you look at the Joint Communique which was sent out after the meeting between HM the King and President Obama, one of the things that they announced would be a second business development conference which we hope to see here in Rabat in 2014.

MOTM: Morocco is the only country in the region that has signed a FTA with the US. Would you say that that has helped Morocco become a destination for US companies, and if so, how?

ML: It’s been a huge help. Ever since the trade agreement was signed, 95% of goods and services between our two countries became tariff-free, resulting in a huge increase in overall trade between the two countries. Moroccan trade to the United States went up by 109% since the FTA was signed. Overall trade is up by 244%. So we’ve seen an increase in trade and an increase in US FDI in Morocco, and I think you could attribute that directly to the FTA.

MOTM: During the week of the King’s visit, USTR and Morocco signed a trade facilitation agreement. How does that supplement the FTA and, again, how will it benefit US companies in Morocco?

MOTM: The teleconference will focus on business opportunities relating to infrastructure in Morocco. Why infrastructure, and why now?

ML: As a person who was in Morocco fifteen years ago and is now back I have seen huge improvements in the infrastructure. It’s something that the government of Morocco is obviously focused on, and represents some of the fastest-growing sectors in the Moroccan economy. However, it’s a big country, with mountains, coast lines, cities, rural areas—there is a lot of work to be done. Judging by the progress that’s been made in the past fifteen years, the Moroccan government is going about it the right way, and we want American businesses to participate.

MOTM: What can US companies get out of the upcoming teleconference?

ML: The call will provide some clear and detailed information about trade and business opportunities in Morocco, and should give good leads to American companies who are potentially interested in doing business here.

Morocco is not as far away as it may seem to many American business people—it’s an Atlantic country just like the United States, and it’s not a long way to get here. Moreover, there’s a real willingness on the Moroccan side to engage and work with US companies.

To register for the teleconference, which will be held on Thursday, December 19 at 11 AM ET,
email DirectLineEmbassyRabat@state.gov.