Salaheddine Mezouar, Morocco’s Minster of Foreign Affairs and Cooperation sent a frank letter to Ban Ki-moon, Secretary General of the United Nations, on April 1 regarding the implementation of UN Resolution 2099, which renewed the MINURSO mandate in 2013. 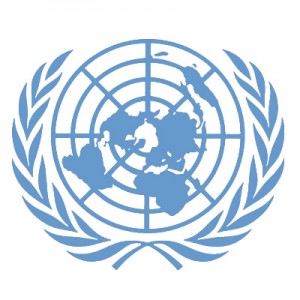 MINURSO is the peace-keeping mission charged with ensuring a cease-fire between Morocco and the Polisario in the disputed Western Sahara.

Morocco has offered a political compromise, which has the support of the US government and throughout the international community, to give the territory broad autonomy under Moroccan sovereignty, which the opposition Polisario Front refuses to discuss.

In his letter, intended for the Security Council members in advance of the 2014 MINURSO mandate renewal due by April 30, Mezouar pointed out that Morocco has taken all of the steps and others beyond the recommendations made in Resolution 2099, particularly in the area of human rights.

Among the highlights he mentioned are the report by the Economic, Social, and Environmental Council (CESE), which made a series of recommendations that will involve the investments of $18 billion over the next 10 years for social, human, and political development.

The Moroccan government has both adopted and agreed to fund these recommendations in full.

Regarding human rights reporting, the government has pledged to respond to complaints from the National Council for Human Rights (CNDH) offices in Laayoune and Dakhla within 90 days.

In addition, Morocco has continued to welcome the UN Special Rapporteurs – personnel assigned to report on specific issues – including the Special Rapporteur on torture who came in 2013 and will be returning for an update in the spring.

Morocco is particularly concerned that the debate in the Security Council on the MINURSO renewal reflects the current status of the UN’s position.

All of the relevant resolutions since 2004 begin with the preamble of “Reaffirming its commitment to assist the parties to achieve a just, lasting and mutually acceptable political solution,” not a mandated referendum which has proven impractical and unrealistic.

Resolution 2099 also calls on the parties to “work with the international community to develop and implement independent and credible measures to ensure full respect for human rights…” which the opposition has used to critique Morocco’s human rights record without exposing the same kind of assessments of the Polisario-run camps around Tindouf, Algeria.

Morocco continues to welcome international organizations to review and evaluate its presence and activities throughout Morocco. For example, the government has just signed an agreement with the Council of Europe to open a Council office in Rabat to enhance coordination on human rights, rule of law, and democracy.

By any measure, the year to year progress as called for in Resolution in 2099 has been achieved by Morocco.