* “Terrorism in the Maghreb and Sahel remains a significant threat, and the extremists driving it will go on exploiting the open space and gaps in security cooperation that continue to define the region.” * 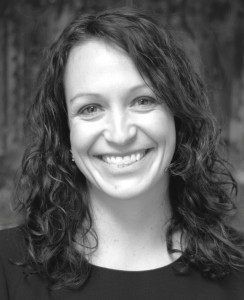 The US State Department Bureau of Counterterrorism released its 2013 annual report on terrorism yesterday. Unsurprisingly, it mirrored much of what we have seen in terrorism news over the past few months: namely, that while al-Qaeda’s core leadership has been degraded and the movement decentralized, the affiliates are becoming more of a threat. 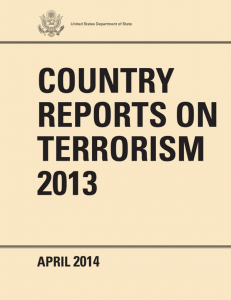 In its strategic assessment, the report highlights the threat of AQ affiliates and like-minded groups in Yemen, Syria, Iraq, Northwest Africa, and Somalia, singling out al-Qaeda in the Arabian Peninsula as the AQ affiliate that poses the “most significant threat to the United States and US citizens and interests in Yemen.”

It also assesses North and West Africa, highlighting al-Qaeda in the Islamic Maghreb (AQIM), the al-Mulathamun Battalion (AMB) led by Mokhtar Belmokhtar, Ansar al-Sahri’a in Tunisia and Libya, and Boko Haram, which has moved beyond Nigeria’s borders and is increasingly threatening Chad, Niger, and Cameroon.

The report notes some successes in that region – for example, that French and African intervention in Mali successfully “countered efforts to overrun northern Mali by AQIM and several associated groups.” Unfortunately, even the successes are accompanied by ongoing challenges, as the report notes that “these factions continued to pursue attacks against regional security forces, and westerners in northern Mali, Niger, and the broader Sahel region in 2013.”

In terms of country specific threats, here are some highlights on the region: 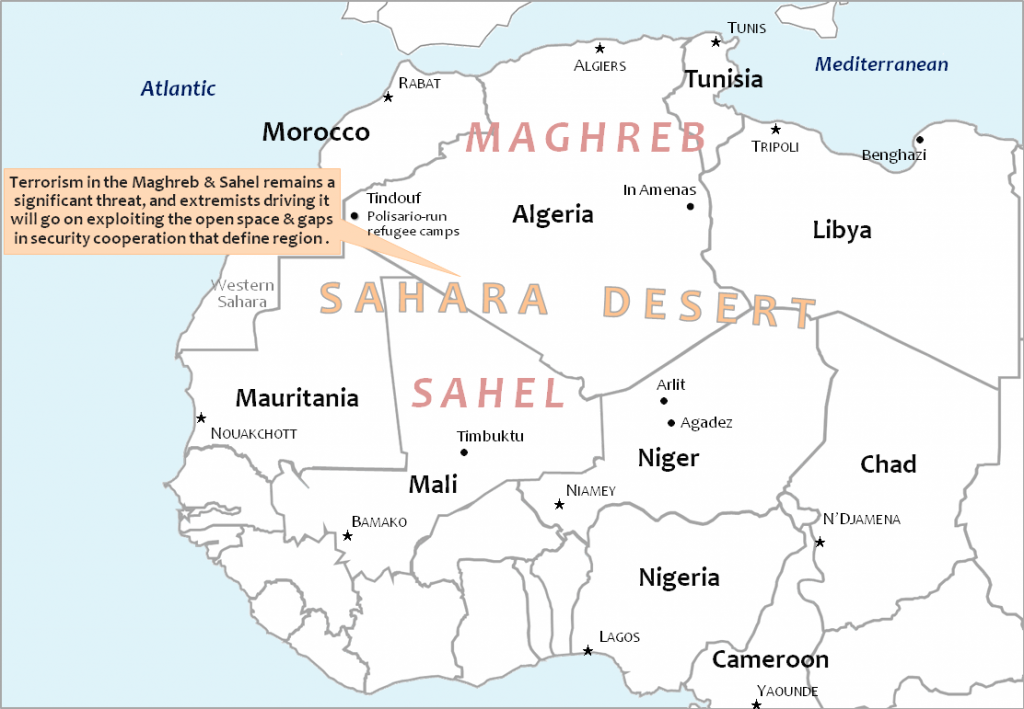 The report also assesses the strength of terrorist groups operating throughout the world. In the Maghreb and Sahel, 2013 brought some important developments: in March, Ansar Al-Dine was designated as a foreign terrorist organization, and the al-Mulathamun Batallion (AMB) received the same designation in December. The report offers little insight on Ansar Al-Dine, noting only that it is fractured as a result of the French intervention in Mali, and that the strength of its membership was unknown at the end of the year.

The same applied to AMB, though the report does warn that its August 2013 merger with the Movement for Oneness and Jihad in West Africa (MUJAO, designated as a terrorist organization in late 2012) to form the al-Murabitoun terrorist group “constitutes the greatest near-term threat to U.S. and international interests in the Sahel, because of its publicly stated intent to attack Westerners and proven ability to organize complex attacks.” This assessment is most likely due to the January 2013 large-scale attack against the Tiguentourine gas facility near Amenas.

AMB’s merger with MUJAO certainly presents new challenges. Though there have not been any attacks attributed to the group since the merger, the two cooperated in May 2013 twin suicide bombings in northern Niger against a military base in Agadez and a French uranium mine in Arlit that killed nearly 20 people altogether. If that is a sign of their joint capabilities, the US should be increasingly concerned and is right to designate it as the biggest threat to the US in the Sahel, particularly given its move to Libya and that country’s increasing slide into chaos.

As for AQIM, the report states that, “AQIM has under a thousand fighters operating in Algeria with a smaller number in the Sahel. Since the French intervention in northern Mali, AQIM’s safe haven in northern Mali is less tenable for the organization and elements have moved to southwestern Libya. AQIM is attempting to reorganize in the wake of setbacks inflicted upon them by the combined French and African forces.”

In my view, this statement (and a recent New York Times article) understates the threat – and the capacity of AQIM to regroup. A peaceful outcome in Mali looks likely, but is not yet guaranteed, and for the movement, Libya looks wide-open as a safe haven. And regardless of how it is evolving, there can be no doubt that terrorism remains a significant threat, and the extremists driving it will go on exploiting the open space and gaps in security cooperation that continue to define the region.

All the more reason for the US to remain committed to its “whole of government terrorism effort that focuses on countering violent extremism; building the capacity of partner nation security forces to address threats within their own borders and participate in regional counterterrorism operations; and strengthening relationships with US partners around the world to make the rule of law a critical part of a broader, more comprehensive counterterrorism enterprise.”

Indeed, to that mix should be added a deeper commitment to regional development, an increased effort to reducing trafficking that helps finance terrorist activity, and a determination to finally resolve the Western Sahara conflict that continues to drive a wedge between Morocco and Algeria.