In a series of stories in the business media, the news about tourism in Morocco is all good. The numbers are up; investments are flowing in; and Morocco is gaining greater global recognition as “the place to be.” Situated at the western end of the Mediterranean, a short ferry ride from Spain, Morocco also enjoys a 1300-kilometer long Atlantic waterfront that has become a stop on the world tour of kiteboarding and other aquatic delights! A new report on CNN’s Marketplace Middle East says Morocco ranks among the top trending travel spots for tourists.

Tourism Review, in its annual look at the region, commented, “Untouched by revolutions, Morocco continues to attract. In 2013, the tourism sector represented more than 8.6% of GDP ($9.5 billion). Tourism revenues are expected to grow 8.1% in 2014 according to the World Travel and Tourism, while the Moroccan National Tourist Office plans to host more than 11 million foreign tourists in 2014. Relative peace and social problems of its neighbors make Morocco a popular destination.” 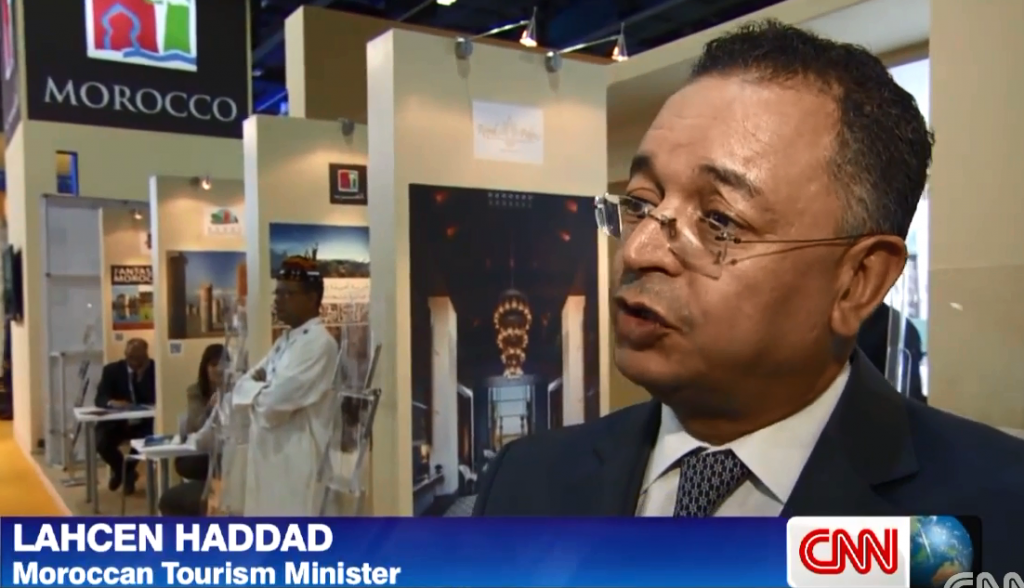 Yet Morocco is not standing still. The Wessal Capital Fund, focusing on the tourism sector, is a collaboration of the Moroccan Fund for Tourism Development, Qatar Holdings, Kuwait’s Al Ajial Investments, Abu Dhabi’s sovereign wealth fund Aabar, and the Saudi Investment Fund, and it is moving with impressive speed. The first priorities, already announced, are projects in Tangier, Casablanca, and Rabat. In Rabat and Tangier, the fund’s investments focus on mixed-use projects that include residential housing, port/marina development, entertainment and destination centers, and commercial and shopping areas. In Casablanca, activities concentrate on the coastline. “Casablanca-Port will completely change the city. There will be hotels, cruising port, marina and an ambitious plan to renovate the old Casablanca’s medina,” according to Tourism Minister Lahcen Haddad.

In addition to the tourism projects, Morocco is also working hard to improve its infrastructure, with high speed trains connecting the three cities, improvements in telecommunications access and bandwidth, and modern, efficient tourist facilities.

In Rabat, the fund will invest nine billion dirhams ($1.10 billion) in the second phase of the Bouregreg River development, which is along the valley where the river winds from the Atlantic Ocean to the interior. There will be hotels, a marina, residential housing, urban green spaces, a museum, and a theater to highlight Rabat’s cultural attractions. Minister Haddad noted that the government is planning to spend another nine billion dirhams to renovate the urban areas of the city. 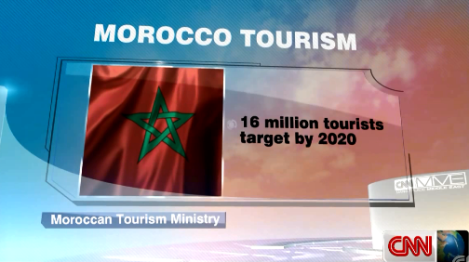 Tangier is slated for expansion of the world-class Tangier-Med Port on the Mediterranean as well as continued restructuring of its tourism districts. Earlier this year, King Mohammed VI launched the next phase of the port’s development, which features an intermodal terminal that will serve as an advanced industrial and logistical platform with connectivity to markets throughout Europe, North Africa, the Middle East, and Africa. It will include a ferry terminal, passenger services, a railway station with two passenger docks, a bus station, an auditorium of 288 seats, a center with restaurants, banks, shopping and business services, and offices for companies serving the maritime industry.

As for tourism in Tangier, Middle East Online commented that “the city is looking to capitalize on its ‘coastal assets’ — building a marina on the Mediterranean seafront and a fishing harbor on the Atlantic — as well as promoting its cultural scene, with a new arts centre and theatre planned.”

To ensure that the good news about Morocco’s tourism keeps going global, it has secured the rights to host the World Travel Awards Grand Final for the next three years. The Awards were established by WTA in 1993 to “acknowledge, reward and celebrate excellence across all sectors of the tourism industry. Today, the WTA brand is recognized globally as the ultimate hallmark of quality, with winners setting the benchmark to which all others aspire,” according to Travel Daily News.

In announcing the agreement, Minister Haddad noted that “Morocco is an enchanting, hospitable land, full of mystery, wonder, and cultural richness…Hosting the World Travel Awards Grand Final will be a defining event in enhancing the awareness of the Kingdom of Morocco among the most powerful leaders of the travel and hospitality industry.”

In the Middle East and North Africa, where there are few success stories of concrete efforts to meet the economic growth needs of the countries, Morocco is demonstrating repeatedly that it is not taking a wait-and-see attitude. By building international collaboration among investors on concrete projects in Morocco, the country is addressing the twin issues of employment and quality of life. The King’s commitment to human development rests on securing an economy that is responsive to the needs of Moroccans. His ability to pull together international investors and Moroccan expertise in viable projects is a healthy sign for the future.