* “Morocco’s experiences offer important guidance, and its strategy should be closely studied as its neighbors undertake their own efforts to combat extremism through the promotion of moderate Islam.” *

In “The Struggle for Religious Identity in Tunisia and the Maghreb,” an analysis released this week by the Center for Strategic and International Studies (CSIS), Haim Malka addresses how governments in the Maghreb are working to define religious space as a means of fighting growing extremism in the aftermath of the Arab Spring.

It is an important topic because, as Malka notes, “How governments define and promote their version of traditional Islam will have far-reaching implications for their own stability and for the region as a whole.”

It isn’t exactly a new issue – North Africa has long sought to protect unique Maliki Islamic traditions, which accept the importance of local social and political context, against external Salafi and Wahhabi influences. But the issue has taken on a new importance given growing extremism following the Arab Spring.

Malka focuses much of article on Tunisia, a country with a longstanding secular tradition that has faced serious threats from Salafi extremism following the fall of former president Ben Ali. Tunisia, like other Maghreb countries, is attempting to respond to this threat by defining its own, state-sanctioned brand of Islam.  This response is of course ongoing in Tunisia – only now that the security situation is under better control can the government begin to focus on these issues.  As it does so, the experience of Morocco may prove a useful guide. 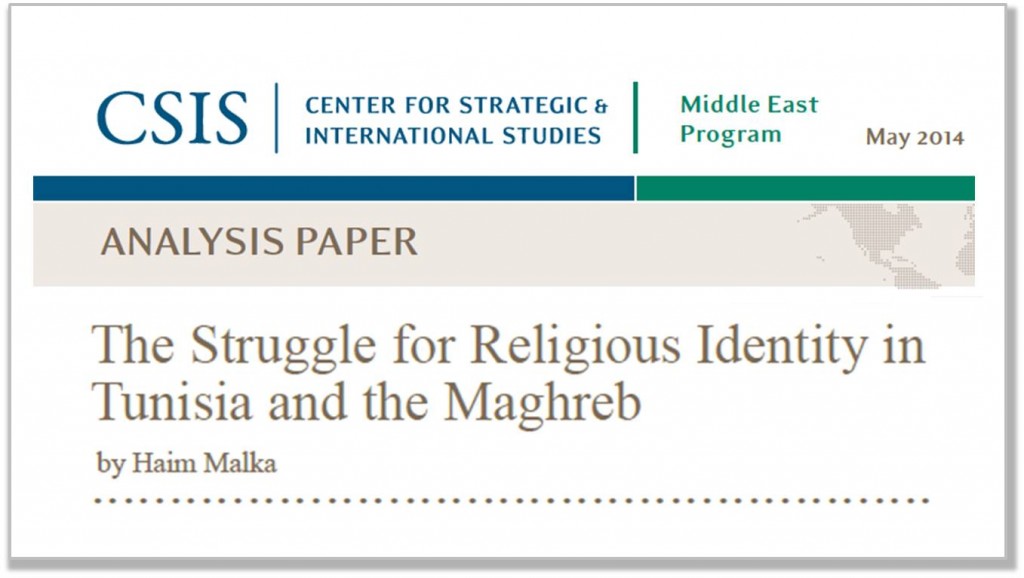 Malka rightly acknowledges Morocco’s “comprehensive strategy” to promote a moderate version of Islam as an “alternative to extremist ideology.” Indeed, Morocco has confronted the issue of extremism in a number of ways. It has launched reforms to regulate the religious sector, “established religious councils such as the League of Mohammedan Scholars to promote dialogue on religious issues and support curriculum reform in religious education …[and] it created a single religious body with the authority to issue religious judgments, the Higher Council of Ulemas.” It also launched the morchidate program training women preachers to contribute to social, cultural, and religious activities in mosques.

Most recently, King Mohammed VI presided over the groundbreaking for a religious training institution aimed at instilling the values of Morocco’s open, moderate form of Islam in the next generation of Muslim religious leaders (imams) and preachers (morchidines and morchidates) from across the region.

The establishment of the Mohammed VI Institute for the Training of Imams, Morchidines, and Morchidates is just another step in Morocco’s efforts to engage more directly on religious issues. As Malka highlights, Morocco is working to “make mosques and imams more accessible and extend the guidance and services they offer.”

This element is important for addressing the generation gap between older scholars and young people that Malka identifies as one of the most important issues in the struggle for religious identity in North Africa today. Combating violent religious discourse requires addressing the needs and perspective of the young – and by extending the guidance and services that mosques and imams offer, Morocco is responding to this need.

Morocco’s unique religious experience may not be wholly applicable to its neighbors – the King’s role as Commander of the Faithful certainly cannot be replicated. But Morocco’s experiences offer important guidance, and its strategy should be closely studied as its neighbors undertake their own efforts to combat extremism through the promotion of moderate Islam.