Judging North African economies solely by their GDP growth can be a messy proposition.  Libya draws upwards of 70% of its GDP from resource extraction – mostly from oil – which is sensitive to global price fluctuations. It is also sensitive to local militias deciding to cut off production. 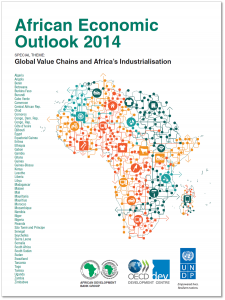 Even a more diverse economy like Morocco, which has no hydrocarbons to buttress its economy, has a GDP subject to the vagaries of good weather that impact agriculture production.

Most countries in the region also rely on other external sources of GDP, such as remittances and tourism, which can be similarly volatile. Developing a more dynamic economy is a top-tier talking point for African governments and NGOs. The latest Africa Economic Outlook reports from the African Development Bank offer some insights into a more accurate calibration of what is really happening in the economies of North Africa. 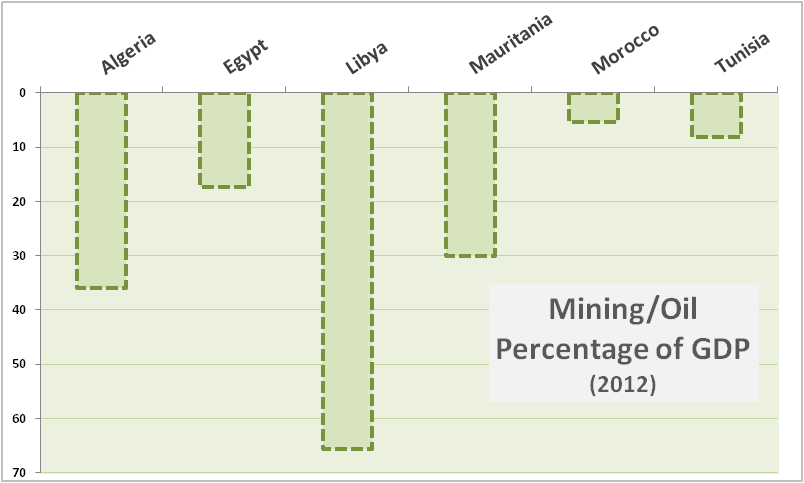 Morocco’s plan, targeting high-tech sectors such as aeronautics and automotive, has made headlines. Its comprehensive effort to entice investment includes everything from trade infrastructure and business environment reforms to special trade zones.  As a result, Morocco is now the “second most attractive country for FDI [Foreign Direct Investment] in Africa,” according to FDI Intelligence. After re-casting the “natural strategy from being based on geographical location and availability of cheap labor to one based on logistics and competitive offer,” Morocco is showing initial benefits of structural transformation.

Highlights include new and expanding aerospace supply chain and aircraft production by Boeing, Bombardier, EADS, and others. Morocco has also brought in French automaker Renault as a pillar of a burgeoning auto sector with an entire supportive industry that includes American automotive suppliers Delphi and Polydesign.

The big question is – has any of this moved the needle in any significant way? The aeronautical industry alone employs more than 100,000 highly skilled workers. But the government is committed to doing more in order to make a greater impact on unemployment in the country.  Vital adjustments are being made to the education system to prepare students for growth-sector opportunities to make a dent in youth unemployment, which was as high as 19% last year. 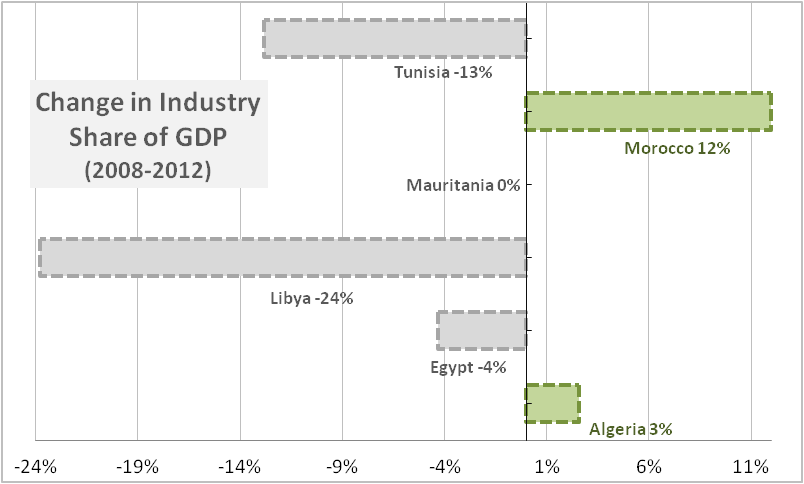 Yet it is not difficult to see the benefits of what Morocco has done to its economy.  As the African Development Bank report demonstrates, Morocco has done more to develop manufacturing than any other North African country, as it targets robust growth potential and high-skill employment. In doing so, it has also diversified its economy and improved resiliency.

Prospects for the automotive and aeronautics industries remain high, as “activities are diversified across the whole value chain, covering everything from production and dedicated services to maintenance and engineering,” according to the report. By building supportive industries around the big FDI acquisitions, Morocco is making a lasting economic impact and providing a huge head start over those who only paid lip service to economic development.