* How much Morocco has changed, for the better, in the past fifteen years *

July 30th marks the 15th anniversary of Morocco’s King Mohammed VI ascension to the throne. In evaluating the accomplishments of an American President, one often asks: “Are you better off now than you were four years ago?” The following images will demonstrate just how much Morocco has changed, for the better, in the past fifteen years. The first part will begin with jobs and the overall economic environment.

Starting with GDP per capita, Morocco was not only able to double this value (linked to Purchasing Power Parity) in 13 years, but with remarkably consistent growth along the way. Morocco avoided any significant slump in this economic measure, despite a population growth of 4.15 million people during same 13 years.

All data on charts via the World Bank unless stated otherwise. 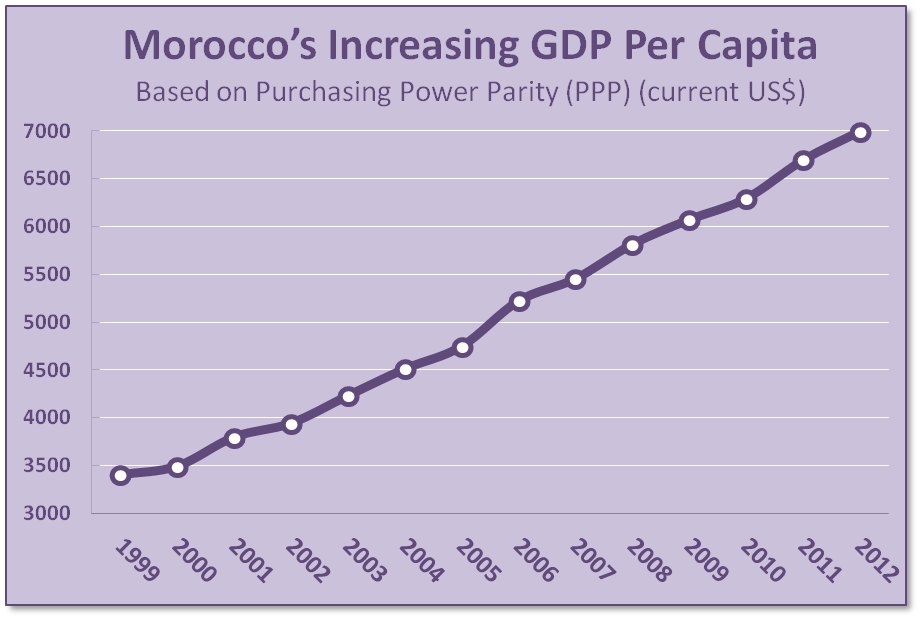 Moroccans are not only producing a lot more, they are also earning more. Gross National Income per capita also more than doubled in the same time span, with steady growth closely mirroring the growth in GDP. 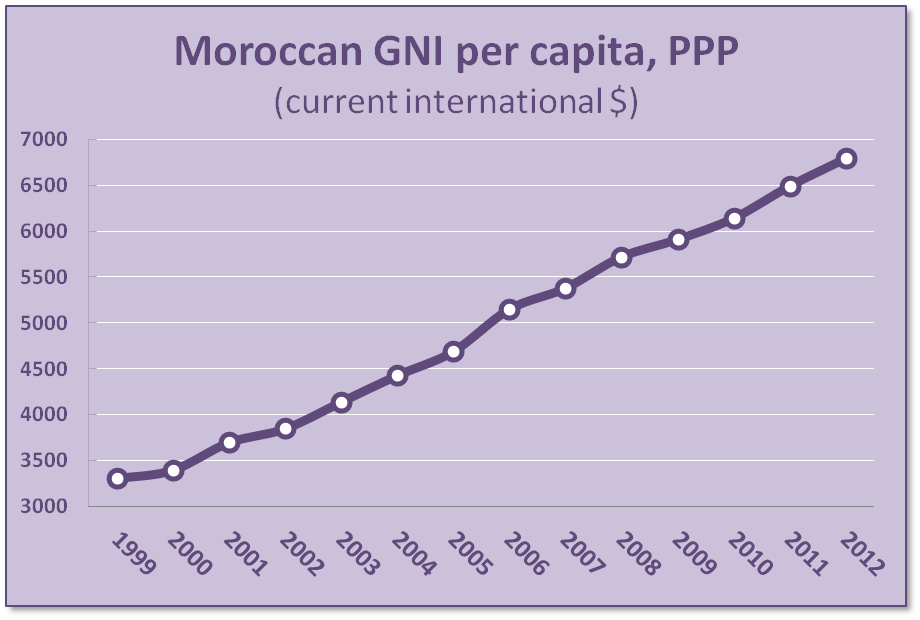 Part of Morocco’s success has been working to increase trade and exports. Morocco has positioned itself in several ways, improving agricultural output capabilities, investing in trade infrastructure, and promoting growth sectors for production. Morocco is also successfully positioned as an offshoring hub for its historically strong trading partner, Europe. All of these approaches paid dividends, though the drop in 2008 due to the international financial crisis increased the urgency of efforts to diversify trading partnerships and promote more foreign investment. 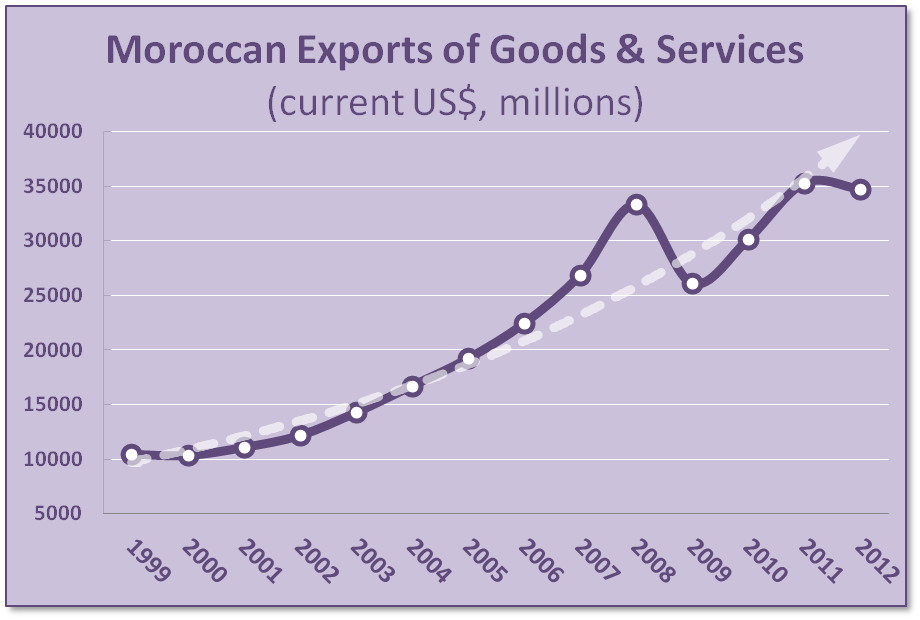 Increased trade with the US is a focus for Morocco’s trade diversification efforts. Exports to the United States began to rise following the implementation of the US-Morocco Free Trade Agreement (FTA) in 2006. Following the 2008 economic turmoil, US-Moroccan trade appears to have stabilized at a value over double what it was before the FTA came into force, with an outlook for continued growth. 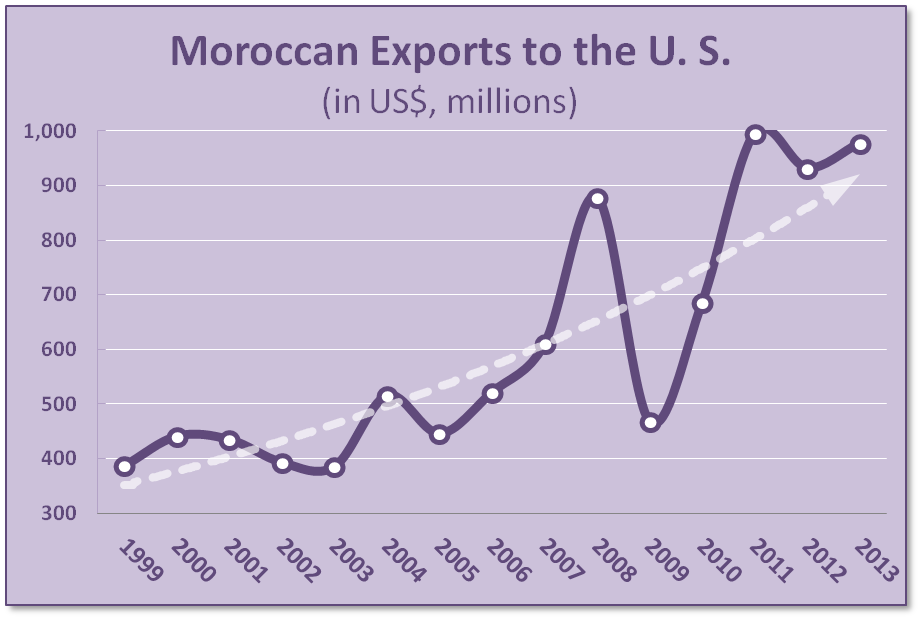 Morocco’s growth is not simply about trading more. It’s broad strategy focusing on key sectors including value-added manufacturing and services paid real dividends, both in terms of increasing GDP and the creation of new and better jobs for Moroccans. Over the past 13 years, Morocco’s value-added exports in industry, manufacturing, and services have more than doubled in value. Value-added agriculture (per worker) has also doubled in the past 15 years, thanks to Morocco’s successful Green Plan. 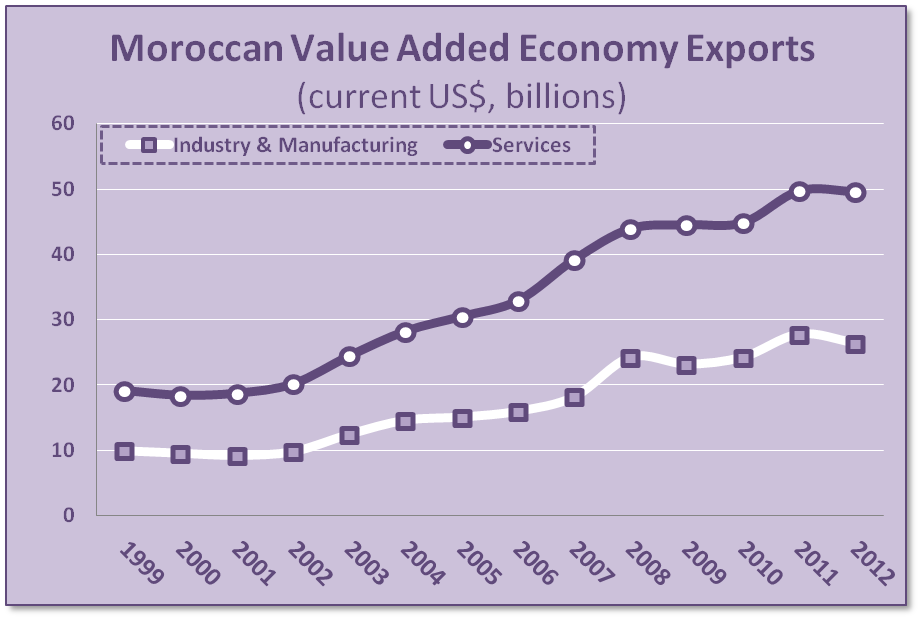 Morocco has worked to build these value-added sectors by attracting more foreign investment. Reforms and initiatives have continuously improved the business environment, and Morocco actively promotes specific high-growth sectors by creating ecosystems to support them. The Tangier Free Zone was created to attract manufactured goods production, mainly in automotive and aeronautics. It now hosts the largest automotive plant in Africa, operated by Renault-Nissan. Bombardier recently built an aircraft manufacturing plant in a similar space outside of Casablanca. These create a market for skilled labor as well as value chains to support these industries. FDI fluctuates, but a comparison of 3-year averages shows the massive investment Morocco was able to attract. 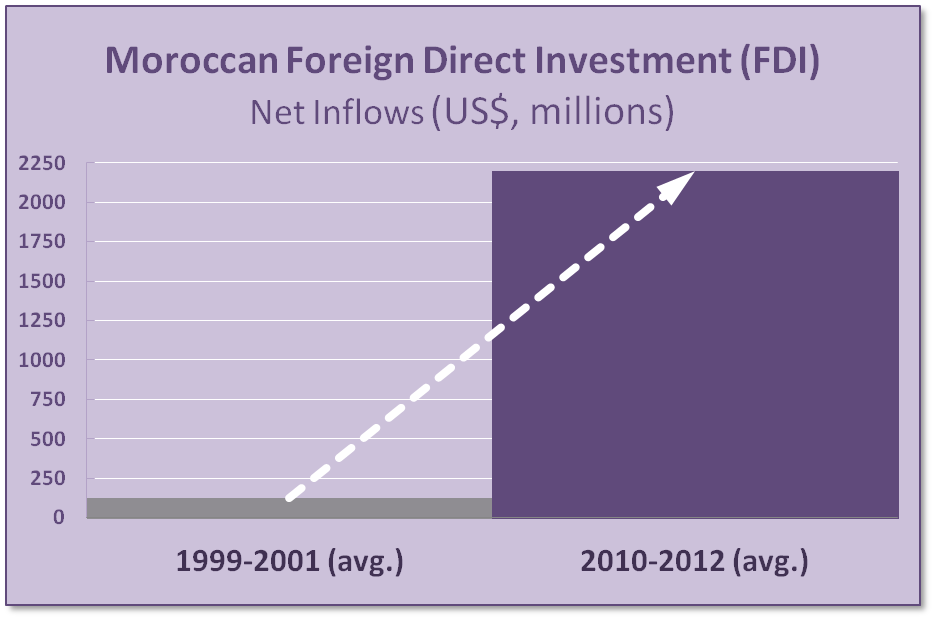 Another of Morocco’s sectoral strategies involved creating a renewable energy industry. Morocco relies on massive amounts of energy imports at great cost – currently around $3bn per year. To reduce this burden, Morocco plans to make domestic renewable energy production account for 42 percent of its energy needs by the year 2020, with solar, wind, and hydro each comprising 14 percent. 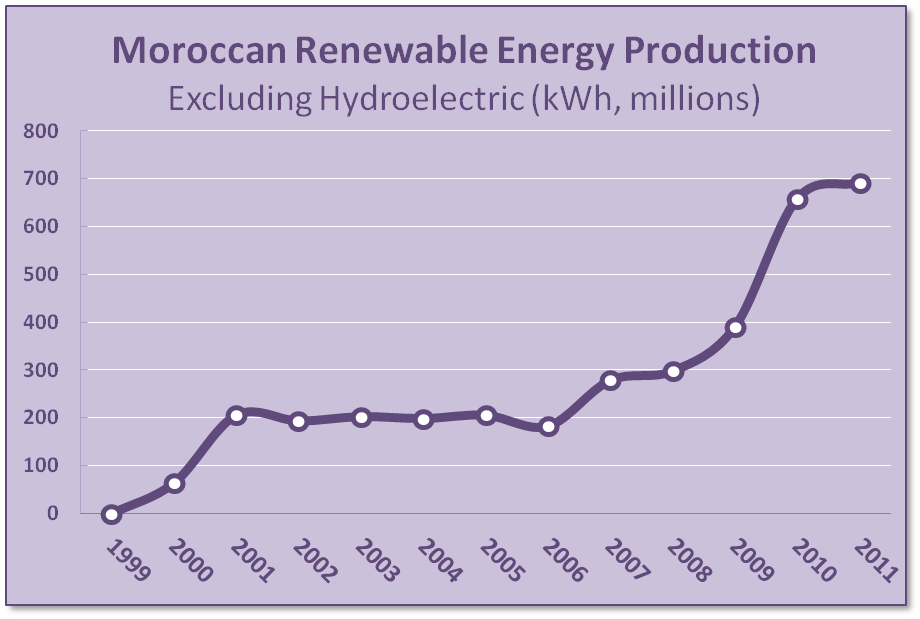 Morocco has also worked to encourage people to create their own businesses in recent years. Reforms to business entry procedures more than doubled the annual figure for new businesses registered. Programs such as Moukawalati seek to create entrepreneurial ecosystems and provide financing incentives for investors. Entrepreneurship should continue to rise in Morocco as it continues working to improve these programs. 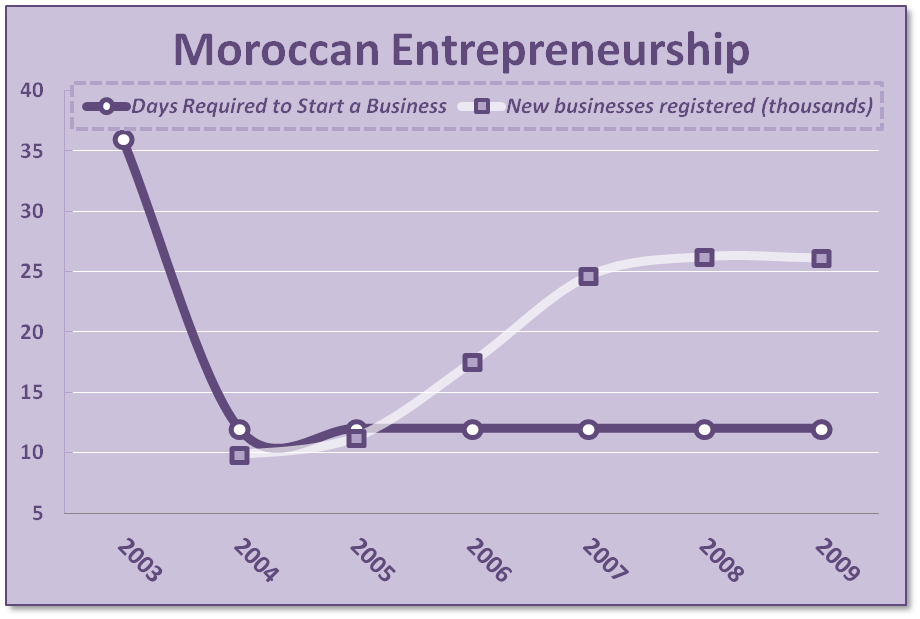