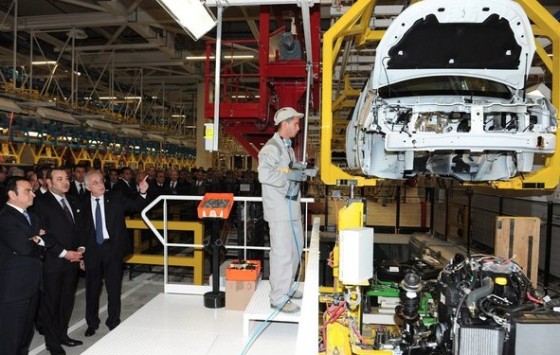 Figures released by the Foreign Exchange Office for the period January-July 2014 confirm the upward trend of Moroccan exports. Exports increased by 8%, while imports increased by 3.5% over the same period in 2013.

The Exchange Office notes that the 3.5% growth in imports is slightly slower than the 4.5% growth seen in June, with only raw materials keeping up the higher rate. In terms of value, Moroccan imports grew by 7.1 billion dirhams during the period, with 58.5 billion dirhams going toward energy.

Exports meanwhile rose by 8%, which confirms the upward trend already observed over the period of the first five months of the year. The Foreign Exchange Office attributed this good performance to the automotive sector, which grew by 37.4%– an increase of 6.5 billion dirhams to a total value of 23.85 billion dirhams.