The Daily Beast takes a look into Chefchaouen, the blue city in northern Morocco. Known as a refuge for Jewish and Muslim minorities fleeing from Europe in the 15th century, and around this time, residents began painting buildings various shades of blue: 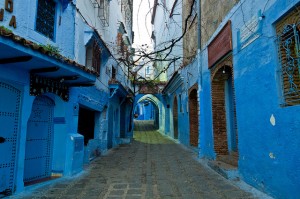 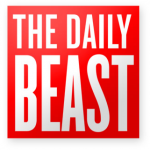 A city high in the mountains of Morocco remained shut off from the world for almost 500 years. Now its labyrinthine streets decked in shades of blue are open to visitors.

Holland’s multi-colored hamlets are nice, there’s no place quainter than England’s yellow-brick Cotswolds, and Greece has beautiful whitewashed islands. But few cities can compete with the magical charm of a hilly northern Moroccan outpost that was kept locked away from the rest of the world for centuries and is painted entirely in shades of blue.

Tucked into the Rif Mountains, the bright blue city of Chefchaouen seems like a mirage, situated as it is in the middle of an all green-and-tan landscape. The city was founded in 1471 as a base for Moroccans to fight off the invading Portuguese, who occupied the coastal areas. Its remote and mountainous location, four hours from the sprawling metropolis of Fez, kept the city insulated and enabled its inhabitants to successfully fend off foreign influence, unlike its bigger neighbor…[Full Story]