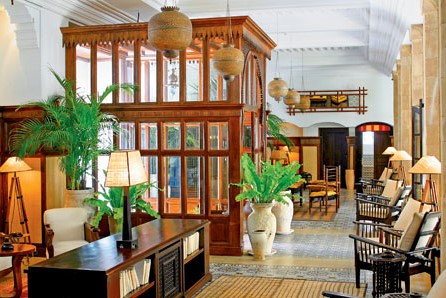 Morocco has long been a popular draw for its Saharan Desert, Atlas Mountains, cities and medinas.

Its less-known but equally alluring coastal road along the Atlantic Ocean offers authentic old world charm and accommodations that have a Moroccan elegance seamlessly mixed with modern amenities and sophistication by the sea. Here are a few posts along the coast well worth visiting.

Starting in Casablanca, check out Hassan II Mosque, the largest mosque in Morocco and the sixth largest in the world. Half the surface of the mosque lies right above the Atlantic Ocean and a partially glass floor offers clear views of the water. This mosque is one of only two in Morocco open to non-Muslims. After an inside tour exploring its rich architecture and design, head to the panoramic bar Sky 28 at the five-star Kenzi Tower Hotel, which has iconic views of the city, including vistas of the mosque…[Full Story]