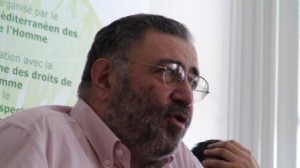 Chairman of the Euro-Mediterranean Network for Human Rights (REMDH) Michel Tobiana, who is on a visit to Morocco along with a delegation, expressed, Tuesday in Rabat, the body’s readiness to back Morocco’s human rights achievements.

Morocco choose to forge ahead with human rights and we hope to support it in this area, he told the press after a meeting with minister delegate for interior Cherki Drais.

Stressing that his visit to Morocco is part of the development of a progress report on reforms undertaken in Morocco since the adoption of the 2011 Constitution, Tubiana noted that his talks with the Moroccan officials focused on Morocco’s progress as well as shortcomings.

Earlier in the day, the REMDH delegation met with Deputy Speaker of the House of Representatives Chafik Rachadi…[Full Story]