Morocco will host yet another major film production, this time it’s the new iteration of the James Bond franchise: 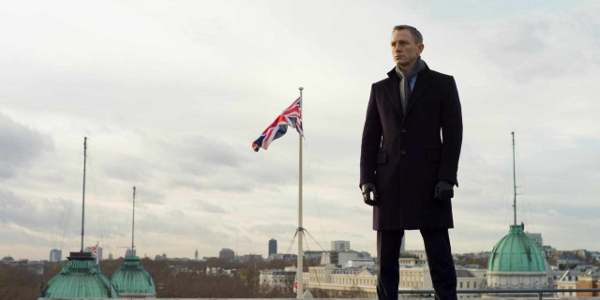 In every James Bond movie, there are always a couple of exotic locations that 007 whisks away to. After all, international security can’t be completely served if you’re just sitting at a desk filing paperwork in England – at least not the type of international security Bond handles. Shooting locations are important to any Bond film because not only does this give us some sort of hint as to where the threat facing the world is coming from, it also hints at the usually amazing set pieces that a good James Bond adventure is based around. Judging by the newest locations mentioned for Bond 24’s upcoming December shoot, the franchise will continue to kick ass in locations of varying beauty and climate.

The prolific 007 fan site, MI6 has the scoop on the three locations that are going to be used in Bond 24, as well as the new official shooting date. Originally the film was set to start filming on November 6th, but delays involving rewrites and scheduling conflicts have pushed the film back by exactly a month to December 6th.

When Bond 24 does start filming, it will have the pleasure of starting in one of four places: its usual studio space on the 007 Stage at Pinewood Studios in England could be the perfect launching point, provided they’re starting with some interiors or MI6 office politics. Or, if they’re ready to start the show with something a little more adventurous and open, they could be beginning Bond 24’s production adventure in either Austria, Rome (which is rumored to involve one of the film’s car chases,) or Morocco. Out of these three locations, Rome is the newbie of the bunch, as the Bond franchise has never filmed there before. But if Austria and Morocco are any indication of what type of Bond film this could be, we could be in for a very special treat…[Full Story]