A judge in Morocco was recently sentenced to two years in jail for bribery – part of Morocco’s ongoing efforts to combat corruption and financial crimes in the judicial system. In addition to legal actions like this that Morocco is taking against corrupt officials, Morocco is using legislative and community-based measures to  tackle corruption, improve transparency, and promote good governance and the rule of law.

A signatory to the UN Convention against Corruption (UNCAC), Morocco has enacted a number of laws to improve transparency in public procurement and limit the use of the financial system for corrupt purposes. One such law, designed to combat money laundering and financial crimes, created a financial investigation unit with a mandate to receive, analyze, and disseminate information on suspicious transactions, and collect data on money laundering operations.

The government has also sought to address the issue on a much wider scale, recognizing that only a comprehensive national plan with preventative and education mechanisms would effectively tackle the challenges. To this end, in August 2007 King Mohammed VI called for the creation of the Central Authority for Corruption Prevention (ICPC). The Authority, officially established a year later, is charged with monitoring and collecting information, coordinating policies between the public and private sector and among various government agencies, educating and sensitizing the public to corruption-related issues, and serving as the national body for monitoring the implementation of the UNCAC. 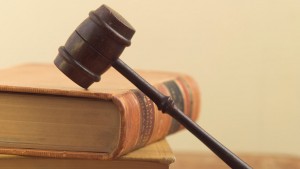 The ICPC also runs a website – StopCorruption.ma – that allows individuals to report instances of corruption, thus including the Moroccan people in finding solutions to the problem and increasing public awareness. Toward that end, ICPC also works with civil society advocates to develop and implement anti-corruption programs and legislation at all level of society.

One of the most dynamic organizations doing such work – in Morocco and worldwide – is Transparency International, which has been in Morocco since 1996. Since its inception, Transparency Morocco has promoted its fight against corruption as part of the broader democratic movement to advance citizenship development.

A key tenet of its mission is to conduct research and disseminate information to the public so that the country as a whole can better understand the mechanisms of corruption. Transparency Morocco has partnered with the Ministry of Education to advance education projects, established a Legal Assistance Centre to provide the public with important resources, and reached out to media professionals, politicians, and other groups to encourage and collaborate on transparency issues across all sectors.

The battle against corruption is certainly far from over, but legal measures against corrupt officials, coupled with collaboration between government and civil society, are helping to tackle the root causes of the problem.