Morocco is currently debating a new press code meant to reinforce press freedom throughout the Kingdom.  The draft code, presented last month by Minister of Communications Mustapha El Khalfi, lays out a bold reform plan that, when passed, should mark a big advancement for press freedom in Morocco.

The draft code centers on strengthening the guarantees of freedom and the independence of journalists and press institutions; protecting the rights and freedom of individuals and society; making the judiciary the exclusive authority in all press cases and strengthening its role in the protection of freedom of the press; and defining the rights and freedoms of journalists. Notably, the code proposes:

The code also includes a section on promoting rights and freedoms for online media, a sign of its intent to respond to changing realities in the Moroccan media. 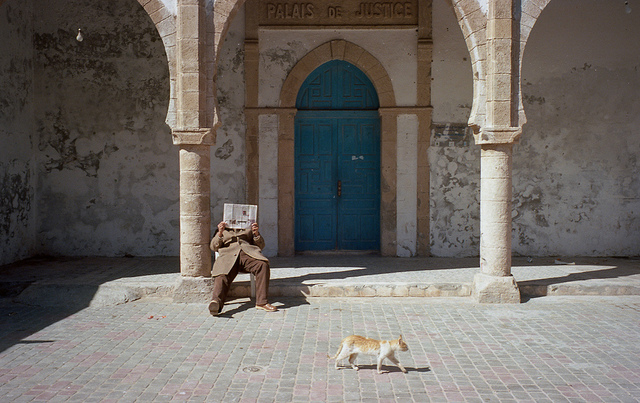 The project to update the press code is the result of broad consultations that began in 2012 among the government, professional journalist organizations, unions, media representatives, and the National Council for Human Rights. It reflects Morocco’s domestic and international commitments with regard to human rights and freedom of the press, as well as: the 2011 constitution; high royal directives; the government’s program; the National Action Plan on democracy and human rights; the recommendations of the Equity and Reconciliation Commission (IER); and the recommendations of the White Paper on the national debate “Media and Society.”

The code was drafted by a Committee in consultation with union and media representatives, notably the National Union of the Moroccan Press (NMFS), and the Federation of Moroccan Newspaper Editors (FMEJ), and is now being considered through a national dialogue conducted by the General Secretariat of the Government. Following the conclusion of the national dialogue later this month, the draft will be submitted to the Council of Government, then to the two chambers of Parliament. It remains to be seen what changes will result from this collaborative effort, but the draft code looks like an important step for Morocco’s ongoing liberalization and democracy-building efforts.