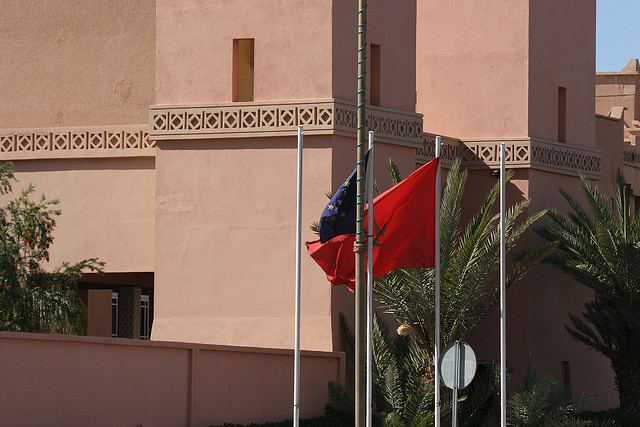 A recent article in Magharebia, “Morocco: European Union Backs Moroccan Reforms,” focused on the latest grant from the EU in support of a wide range of ongoing reforms. Yet the subtext of the article, emphasizing the need for greater regional collaboration, hints at the EU’s concern for sustainable economic growth as the strongest antidote to radicalism.

The story starts by noting that “The grant is aimed at three [programs] improving governance and rule of law, jobs and sustainable growth, access to basic services, and support for civil society.” As the EU continues to redefine its social, economic, and political links to its southern neighbors, its emphasis has shifted from funding good intentions to rewarding positive outcomes. This “results” focus has reshaped how the EU determines what kinds of and how much assistance it will extend, moving it away from platitudes and vague notions of accountability to a more realistic set of metrics for determining the targeting and impact of programming.

The agreement with Morocco, signed November 5, makes Morocco the largest recipient of EU programs and signals, along with the EU’s growing support for Tunisia, that the EU is quite serious about seeing direct benefits to the citizens of those countries. Moroccan Finance Minister Mohamed Boussaid told Magharebia that the funding shows that Morocco is making the right, if difficult decisions across a range of policies, from subsidies and pension reforms to revisions proposed for its judicial and media laws.

Rupert Joy, the EU Ambassador to Morocco, echoed Minister Boussaid’s sentiments. “These new grants for the period 2014-2017 represent the EU acknowledgement of the uniqueness of its partnership with Morocco.” They “reflect EU determination to support the Moroccan government in its efforts to meet people’s aspirations and to turn the reforms initiated in 2011 into tangible progress,” the ambassador added.

Analysts were quick to point out that the EU is using its support programs to nudge the North African countries towards greater cooperation and cross-border economic integration. A Peterson Institute study in 2008 showed the promise of regional integration; since then, a number of additional studies by European and international organizations indicate the benefits to be had from closer economic cooperation.

The broad outlines of the future are taking shape daily. The Maghreb countries are complementary in terms of their core economic strengths (Morocco and Tunisia in services, tourism, agri-business, and manufacturing; Libya and Algeria in hydrocarbons/energy; Mauritania in mining and transportation). The future prospect of a region-wide consumer market fueled by a growing middle class is evident as private sectors play a larger role in both human and economic development across borders.

Ahmed Charfi, a noted economist, told Magharebia that greater regional integration will speed up the pace of development in all of the countries and generate even greater opportunities to meet their needs. “There are two things that are fundamental to development: democracy and promotion of the regional economy,” he said. “If the countries of the Maghreb combine their efforts, they can jointly tackle social problems such as unemployment, regional and social inequalities and poverty . . . Together, they can make rapid progress.”

Morocco does not see its progress in isolation from its neighbors. From the World Bank’s latest report lauding Morocco’s sustainable development strategy, to recent agreements with Tunisia that bring the countries closer together across a broad range of development initiatives, to its growing role as a platform for business in Africa, Morocco has truly transformed its mission from one of domestic growth and stability to becoming a key player in the security and stability of the region. Objective policy analysts agree that only a vibrant economic Maghreb union will have the resilience and strength to meet the aspirations of the region.