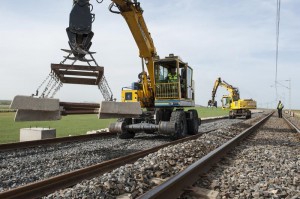 In a recent article published in Foreign Policy’s Democracy Lab, Matt Andrew, Leni Wild, and Marta Foresti explain the findings of a workshop entitled Doing Development Differently, where “we [development experts] tried, rather unusually, to focus on what the development community has been doing right — to share stories about projects, policies, and reforms that fostered real change by not doing development in the usual way.” In their own words, “Rather than getting stuck on what doesn’t work, the workshop participants set out to examine recent development successes, and attempted to understand precisely why they worked.”

A manifesto that declares that “development progress is complex: solutions are not simple or obvious, those who would benefit most lack power, those who can make a difference are disengaged and political barriers are too often overlooked.” One that notes that development initiatives with real results “usually involve many players – governments, civil society, international agencies and the private sector – working together to deliver real progress in complex situations and despite strong resistance.” One that promulgates a list of development “principles” that emphasize the “local” character of the project.

The authors quickly admit that “many might find the above principles to be common sense.” (Indeed.) The problem is, they’re what developing countries have been asking for, with little effect.

Certainly this is the case in Morocco, at least. King Mohammed VI dedicated his entire speech at this year’s UN General Assembly meeting to the subject: “Sustainable development is not something which can be achieved through decisions and ready-made prescriptions. Nor is there a single model in this area. Each country follows a path of its own, having taken into consideration its historical development, cultural heritage, human and natural resources, specific political circumstances, as well as its economic choices and the obstacles and challenges facing it.”

Too often, the King noted, aid to developing countries is contingent on criteria “far removed . . . from the reality of the countries of the South and . . . incapable . . . of giving an objective account of the level of human development achieved by these countries.” The speech, he said, “is simply an earnest call to do justice to the countries of the South by reconsidering the way they are dealt with and supporting them in their gradual march towards progress.”

That successful development is locally based and depends on local buy-in —the bottom line of the Doing Development Differently workshop’s findings—has in fact been a common theme in King Mohammed VI’s speeches over the years. In a speech opening the first-ever Moroccan-Ivorian Economic Forum held in Abidjan, Cote d’Ivoire in February, the King said that “Africa should learn to trust Africa,” and that those leading development efforts must overcome “Afro-pessimism.”

For Morocco, this is true in all areas of human development. Just last week, in a message delivered on his behalf at the opening of the 2nd World Human Rights Forum in Marrakech, King Mohammed VI said, “Africa wants to be heard; it wants to make a contribution to devising standards that are truly universal. Our continent does not want to be kept on the sidelines when it comes to human rights, which concern Africa too.”

Perhaps the authors of the “DDD Manifesto” should add “listening to and trusting the experiences of locals” to their list of principles.