King Mohammed VI has sent a message of condolences to Pakistani President Mamnoon Hussain over the Peshawar school attack: 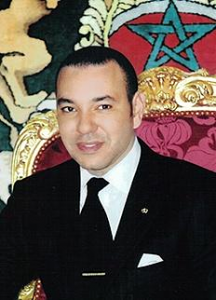 “I was appalled and deeply saddened by the news of the horrific terrorist attack on a school in Peshawar which caused a large number of casualties, most of them innocent children”, the Sovereign said in the message.

HM the King underlined that the Kingdom “strongly condemns this barbaric criminal act which was perpetrated against children inside their school”, expressing His full solidarity with the Pakistani people in these testing circumstances.

“In my capacity as Commander of the Faithful, and in keeping with my responsibilities at the Organization of Islamic Cooperation, I strongly condemn all forms of terrorism, which is totally incompatible with our pristine Islamic faith, the revealed religions and human principles and democratic values which make the right to life the foremost human right on earth”, the Sovereign added.

HM the King offered the Pakistani President, the bereaved families and the Pakistani people His most sincere condolences and deepest sympathy. “I wish the injured a speedy recovery and pray that Almighty God accept the victims of this horrendous act in His vast paradise and comfort their relatives”, the Sovereign added.

As many as 141 people, nearly all of them school children, were massacred on Tuesday when heavily armed Taliban suicide bombers stormed a Pakistan army-run school in Peshawar, firing indiscriminately, leaving another 130 injured…[Original Story, Subscription Required]