In an article headlined “Morocco’s economy on track for growth,” Financial Times writer Borzou Daragahi offers a positive assessment of Morocco’s economic path in the wake of the Arab Spring and in a region still rife with conflict: 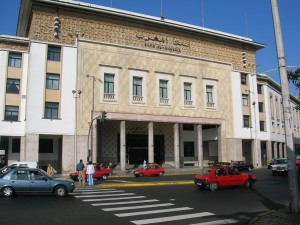 Morocco may be entering a growth phase, after a seven years during which its economy struggled but avoided the turmoil that has affected some of its Arab neighbours.

Having previously notched up double-digit growth rates, the North African country was hit by, in close succession, the global financial crisis, the 2011 Arab uprisings and prolonged weakness among its European trading partners.

However, Abdellatif Jouahri, Morocco’s central bank governor, said the country was now on the “right path,” as he pointed to a rise in foreign reserves, modest economic growth and increased activity in important non-agricultural sectors such as textiles, automotive and aeronautics. Continue reading…