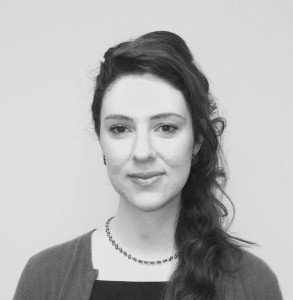 With the recent string of home-grown terrorist attacks in Ottawa, Sydney, and Paris (and even more recently in Nice, where three soldiers guarding a Jewish community center in the southern French city were knifed), security experts in Washington and around the world are scrambling to identify effective means of combating extremism before it escalates to bloodshed. On February 4, several counterterrorism experts presented their own, in some cases surprising, views on the subject in a panel discussion hosted by the Brookings Institution.

I say surprising because the “root causes” of terrorism—which as explained by panelist William McCants is shorthand for socioeconomic factors like poverty, a lack of education, and marginalization—are often presented as the heart of counter extremism strategy. Get at these “root causes,” and you stymie the terrorism. But while these were certainly acknowledged as contributing factors, the panelists agreed that they were not alone in explaining the appeal of Jihad.

McCants, who is Director of the Institute’s Project on US Relations with the Islamic World, noted that often times, these “root causes” do not apply to ISIS’s many Western (including American) recruits. And even among those who believe strongly in ISIS’s activities, it’s not clear what moves some to action and not others. Panelist Anastasia Norton, formerly a senior analyst in the CIA’s Counterterrorism Center, likened the phenomenon to exercise: many people strongly believe in working out, but that does not necessarily lead them to join a gym.

Rather than exclusively focusing on development efforts that address  “root causes”, identifying which messages are resonating most with young recruits to jihad and countering them is just as important. Bruce Riedel, Director of Brookings’ Intelligence Project and formerly a senior advisor on South Asia and the Middle East to the last four US presidents, argued that the West must actively break the narratives of terrorist organizations like ISIS and Al-Qaeda, whose leaders often rely on false claims of lineage to the Prophet Mohammed, for instance, to legitimize their calls for jihad.

In parallel, counterterrorism programs should work to understand what causes disillusionment rather than radicalization—what leads those who have started going to the gym to stop, so to speak. Then we can use that information to bring those individuals who are on the edge of radicalization—those who have voiced support for ISIS on Twitter, for example—back into the fold.

In all, the panelists presented what in Morocco has been called a “multi-dimensional approach” to countering extremism: development, sure, but also debunking terrorist rhetoric and delivering opposite messages, and reeducation programs.

Indeed Morocco has been active on all these fronts. After the 2003 Casablanca terrorist bombings in which 45 people died, the Kingdom implemented a major new development program aimed at improving access to jobs, healthcare, education and other services that has met with great success.But the Kingdom has also aggressively moved forward with programs that strengthen the messages of moderation, tolerance and dialogue. And in a bold move, King Mohammed VI last year attended prayers with a formerly radical cleric who had come to reject terrorism—an example of successful reintegration of those who were “on the edge.”

It’s no surprise that other countries are looking to Morocco to play a leading role in the global fight against extremism.