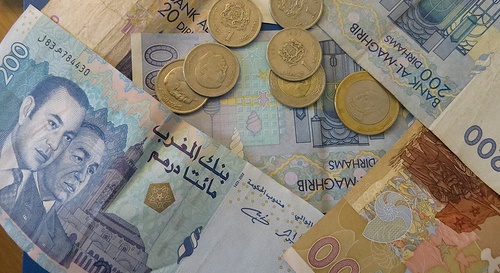 To many analysts, Morocco is a model for growth and reform in the region, so it must be doing something right as it continues to gain kudos from financial rating services for its economic policies. What is so important about ratings? Well, they are a widely accepted indicator that the country is following policies that promote stability in the financial markets, reflect consistent behavior in improving the business environment, and pay attention to forces such as exchange rates and debt ratios that may pose challenges to future performance.

On April 17, Standard & Poor’s Rating Services affirmed its BBB-/A-3 sovereign credit rating for Morocco, once again reassuring financial institutions and investors that Morocco’s long- and short-term foreign and local currency position is both stable and sustainable.

The Agency noted that “Morocco has faced strong headwinds since the financial and economic crisis and the Arab Spring, but in our view it has demonstrated resilience. Unlike elsewhere in North Africa, political turmoil has been contained. This has been largely due to constitutional reforms, a rise in current spending by the government, and the continued popularity of King Mohammed VI.”

While it commended the Kingdom for its forward movement, S&P’s report noted that there are still challenges ahead, including the weakness of the dirham against the dollar, lower than desired literacy rates, over-reliance on agriculture and phosphates as drivers of the economy, and declining exports to Europe.

Morocco keeps making progress despite these issues. “The coalition government, led by the moderate Islamist Justice and Development Party, has broadly demonstrated a willingness and ability to push through substantial and often tough reforms, particularly to subsidies, but also to pensions and public salaries.” S&P noted how Morocco is moving away from reliance on commodities and agriculture to put its economy on a more diverse footing. 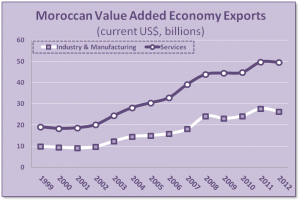 Indeed, according to S&P, “new sectors such as automotives, aeronautics, and electronics are set to continue growing rapidly in line with the country’s industrial policy, which enjoys broad political support.” These advances, projected improvement in tourism revenues, growth of automobile production – now the leading export product by value — and decreased energy costs will enable Morocco to reduce its current accounts deficit (income versus expenditures). Increased foreign direct investment (FDI) and external borrowing, at very advantageous rates dues to the country’s investment grade ratings, will continue to expand economic progress as Morocco further opens its regional market focus beyond Europe to higher potential trade partners in Africa.

In addition to judicial reforms, promotion of gender equality, reducing wealth inequality, and dealing with the demands of the labor market for more flexibility in wages and retention, Morocco is moving to closely align education, vocational training, and employment needs. The second US Millennium Challenge Corporation (MCC) Compact being negotiated recognizes these concerns. Three of its major elements focus on land acquisition and business environment reforms and addressing the employment-education gap.

What is clear in Morocco is that the private-public sector partnerships (PPPs) that have been successful in the energy sector are clearly the vehicle of choice for expanding productive activities in many others. Moroccan leadership realizes that the government cannot fund the investments needed to meet the employment goals of the country. These partnerships, by linking human resources development to labor market needs, and by providing innovative and cost-efficient technologies in the renewable energy and agri-business sectors, among others, will enable Morocco to implement “best practices” and lessons learned in other countries to its needs and ambitions.