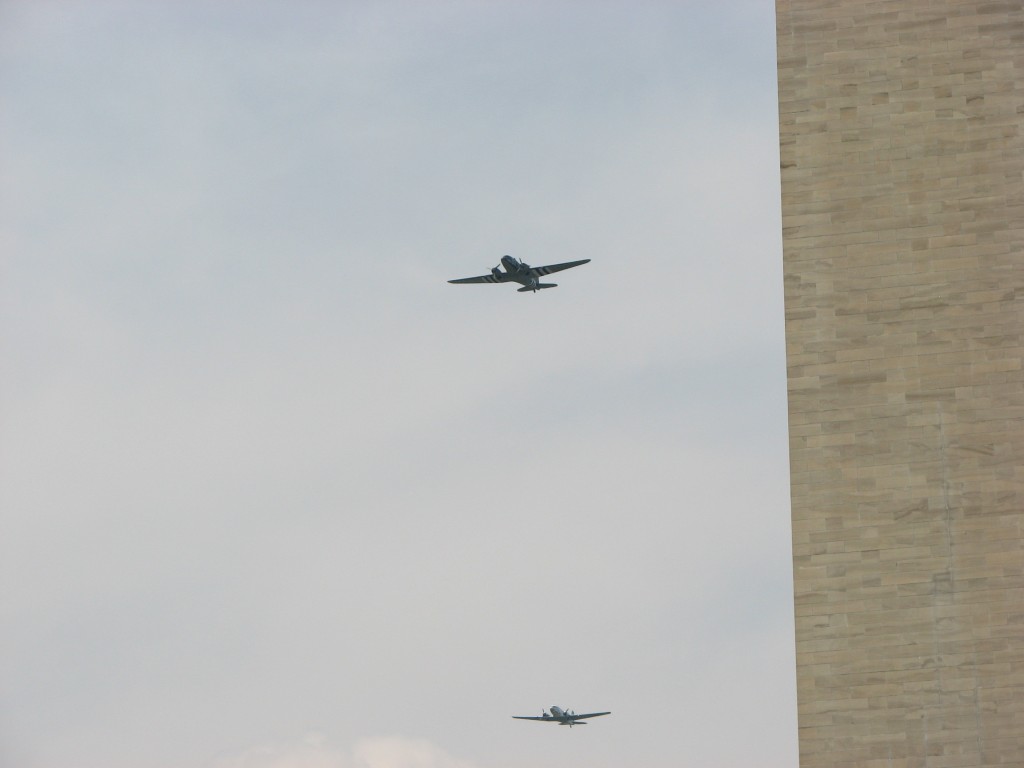 At around noon today, May 8, the Dallas-based Commemorative Air Force coordinated the Arsenal of Democracy Flyover “of the Capitol and National Mall area by historic aircraft,” to commemorate the 70th anniversary of the end of World War II in Europe and “the millions who helped make possible the European theater victory.”

Among those millions were the many Moroccans who served with distinction for the Allied forces. In addition, Morocco hosted a key meeting of the Allied leadership. From January 12-23, 1943, Roosevelt and Churchill, along with their respective military chiefs and aides, met in Casablanca for the Casablanca Conference, where they planned military strategy for the Allies. It was in that meeting that they decided on “the invasion of Sicily rather than an immediate invasion of western Europe and… the concentrated bombing of Germany.” Roosevelt and Churchill also agreed to demand “unconditional surrender” from Germany, Italy, and Japan.

Germany’s unconditional surrender was received on May 8, 1945; and though it would be another three months before the US defeated Japan, the day is celebrated around the world as a triumph of peace and democracy.

Today’s flyover “featured more than 50 aircraft representing the evolution of aviation technology throughout the war.” As noted by the Department of Defense, “In total, the United States produced more than 300,000 military aircraft during the war and launched 27 full-size aircraft carriers and 107 escort carriers.” 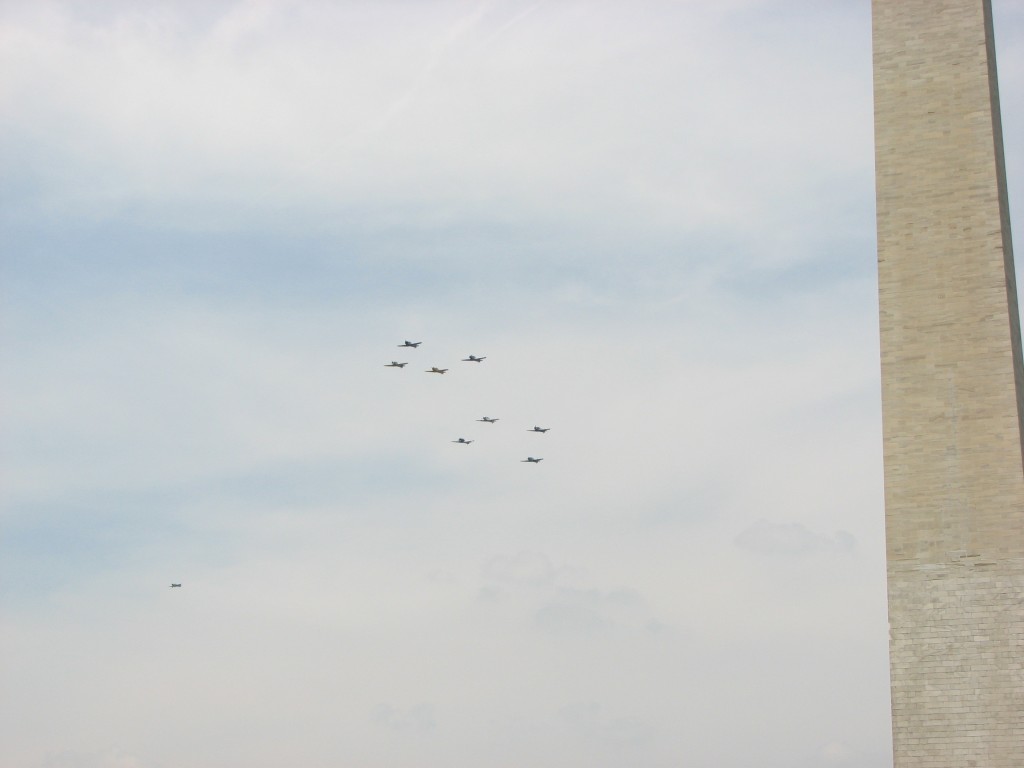 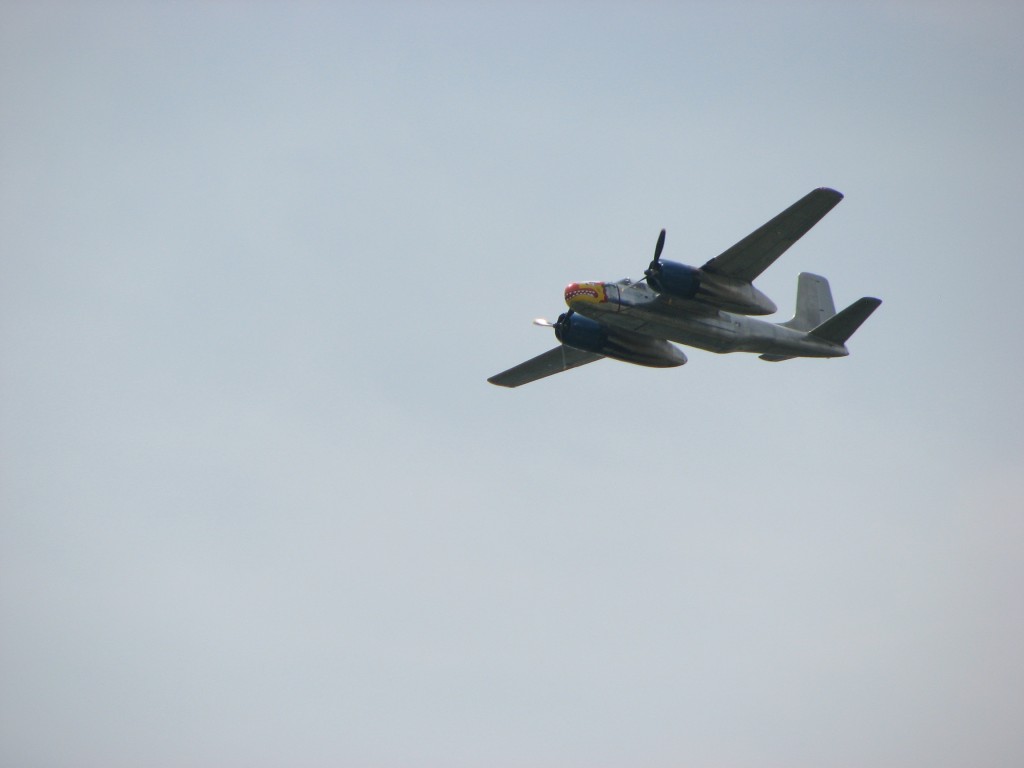 For more photos of the flyover, check out our Facebook photo album!