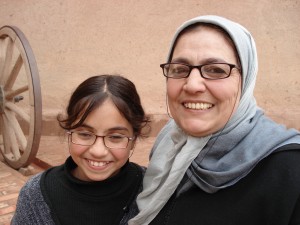 Every May, Americans thank their mothers for all that they do in their families and communities. Over the past 60 years, Morocco has embraced that spirit on a large scale by actively working to protect mothers’ rights and importance in society. King Mohammed VI has made women’s rights a priority of his rule, introducing a massive reform of the Mudawana – the Personal Status Law governing marriage and family – shortly after assuming the throne. As a testament to his vision, in his October 2003 speech introducing these reforms, King Mohammed VI asked, “How can society advance while the rights of women-who form half of it-are squandered and they are subjected to injustice, violence and marginalization?”

The reform of the family code is one way Morocco has historically sought to address that question. And it has come a long way since it first began discussing mothers’ rights.

The 1957 Mudawana, or Personal Status Law, offered mothers limited rights in relation to their children. Articles 36 and 113 legally required mothers to breastfeed their children and treated women as the property of their husbands, or male “guardian.” The law also prohibited mothers from gaining rights to child custody after divorce, particularly if they re-married or started dating again.

Decades of reform movements prompted the 1992 Mudawana, which offered some improvements. Under the new code, mothers over 18 were granted custody in the event of the father’s death. Though mothers were still seen as “economically dependent on men, and as emotionally too weak to have the right to divorce,” the law marked the first change in their status in nearly 40 years.

The current Mudawana, passed by the country under the leadership of King Mohammed VI in 2004, has significantly expanded the rights of mothers and children. Under articles 166 and 171 of the present law, mothers have primary custody over their male and female children until they reach the age of “legal majority.” At the age of 15, the child can choose whether they want to live with their mother or father. The code also abolishes men’s forced guardianship over adult women, restricts the practice of polygamy, and integrates parts of international law about children’s rights into Moroccan family law.

There is certainly still room for improvement. Under the 2004 law, children become legitimate solely through their father’s acknowledgment and automatically take his name and religion. The code also affords fathers practical decision-making power over their children’s lives. A mother can only exercise such guardianship if the father is absent, incapacitated, or deemed otherwise unfit for the role. As in the 1957 Mudawana, a divorced mother who remarries cannot gain custody unless the child is younger than seven years old, has a disability, or the mother is the child’s legal representative.

But the Kingdom is working to address these ongoing inequities. In addition to passing family code reforms, the government has collaborated with women’s organizations and international human rights groups to foster gender equity throughout the country. Since the 2004 Mudawana, a network called ANARUZ, consisting of 17 feminist organizations, has formed to “sensitize women and men to gender equality, [and to promote] women’s rights, tolerance, and citizenship.” In 2008, the Moroccan Ministry of Family supported such initiatives by setting up a telephone line for victims of domestic abuse. The same year, King Mohammed approved a nationality law enabling Muslim Moroccan women who marry foreign Muslim men to transmit their Moroccan nationality to their children. International agencies such as the World Bank, the United Nations Development Fund for Women (UNIFEM), the United Nations Development Programme (UNDP), the United Nations Population Fund (UNFPA), the European Commission, and the United Nations Educational, Scientific, and Cultural Organization (UNESCO) have offered financial and human resource support for these types of initiatives.

Morocco must now take heed and facilitate public dialogue about the relationship between women’s rights and the Kingdom’s social, economic, and political development. Once it accomplishes that task, there is no telling what reforms it will achieve.

Katherine Kinnaird is a research assistant at MAC.