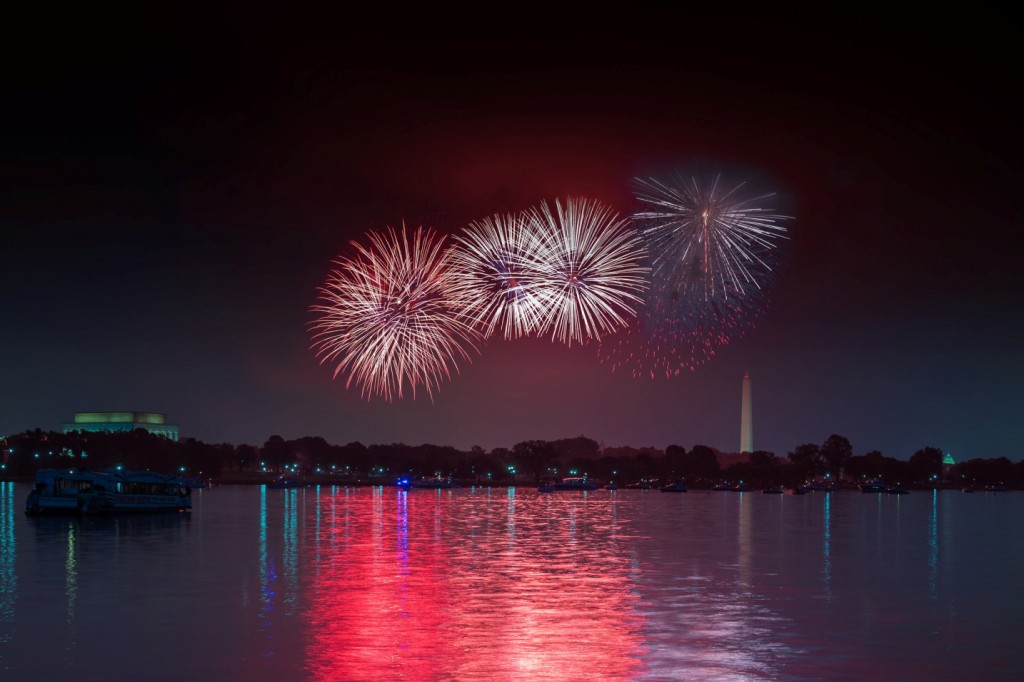 Fireworks over the Potomac in Washington, DC. Photo credit: Joseph Gruber of the GSFC Photo Club.

From MAP, translated from French:

King Mohammed VI addressed to US President Barack Obama a congratulatory message on the occasion of the national day of his country.

In this message, the King expressed to President Obama his warm congratulations and sincere wishes of health and happiness for the American president and further progress and prosperity to the American people.

Having highlighted the distinguished relations based on solid historical friendship, mutual respect and fruitful cooperation that unite the Kingdom of Morocco and the United States of America, the King expressed to President Obama his satisfaction with the evolution of the existing strategic partnership between the two countries, especially after the 2013 visit of the Sovereign to the United States and the important results and significant initiatives which followed the meeting between the two heads of state.

In this context, the King particularly remembers the 5th World Entrepreneurship Summit that Morocco hosted in November 2014; the three rounds of the Morocco-US Strategic Dialogue, the last of which took place in Washington in April 2015 and greatly contributed to the realization of the desire of both countries to strengthen dialogue and consultation on various issues of common interest.

In this message, the King reiterated his firm determination to, in concert with President Obama, build on and energize the exemplary strategic partnership between the two countries.

Similarly, the King reaffirmed to the US president “the continued commitment of Morocco to continue coordination and action with your ally country, bilaterally and multilaterally, to find efficient solutions to address current international issues and contribute to finding peaceful solutions to the different conflicts and hotbeds of tension in the world, as well as international efforts to combat all forms of extremism, violence and terrorism, to make way for the human values of democracy, freedom, peace, dialogue and coexistence between different civilizations and cultures.”