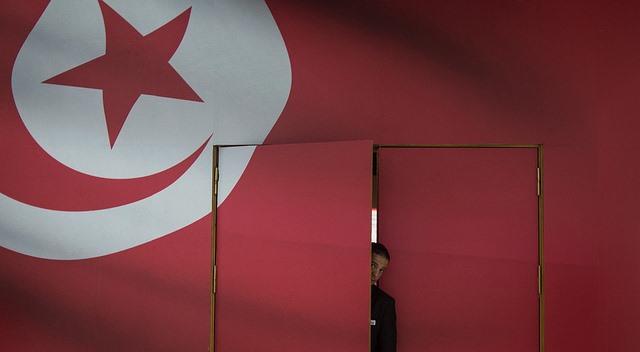 Over the past two years, President Obama has met with King Mohammed VI of Morocco and Habib Essid, the Prime Minister of Tunisia, America’s two strongest allies in North Africa, to support their continuing efforts to build strong democratic institutions and reform their economies. This should come as no surprise, as these countries have many interests and values in common with the US, ranging from regional security and stability to protecting the rights of women and children, promoting regional economic integration, and building strong civil societies.

While Morocco has been able to launch its reforms more quickly than Tunisia and enjoys a stronger internal security apparatus to counter terrorism, both countries are committed to moderate, liberalizing policies as the backbone of their national strategies. Morocco has been active in helping Tunisia in the transition, offering expertise and lessons learned from their own experience. Still, both countries also look for continued support from the US in order to fully achieve their democratic aspirations. Given the challenges in the Middle East, North Africa, and the Sahel, US policy makers are stretched to consistently provide assistance in whatever form to its friends in the region.

There is much to be gained from combining US efforts with Morocco’s knowledge to support Tunisia in achieving their ambitious vision for the future. US agencies have global experience to share and are able to provide critical funding. Morocco is continually gaining insights in democratization and empowering civil society, while Tunisia shares with both countries a vision of moderation and progress for the region but is still defining its governing dynamics.

First, let’s focus on the needs of Tunisia. The facts are well known: Tunisia is home to the Arab Spring; it is struggling through a transition to a parliamentary democracy that featured assassinations and jockeying between Islamists and secularists to form a working coalition government; and it is now poised at a juncture that threatens its emerging democracy by subjecting it to security measures that could suborn human and civil rights.

As argued in a recent Atlantic Council paper, there is no guarantee whether the future will see either a return to a more autocratic regime or sufficient stabilization of the political and security situation for the government to take steps to solidify its governing role and move aggressively to meet the needs of the country at large. It is these uncertain prospects for Tunisia that prompted the House Foreign Affairs Subcommittee on the Middle East and North Africa to hold a hearing on July 14.

As subcommittee chair Rep. Ileana Ros-Lehtinen commented in scheduling the hearing, “Tunisia’s future is still far from certain, but it remains in the national security interests of the U.S. to see the North African country complete its transition toward democracy and to adequately address the threat it faces from violent and radical extremists, like ISIL and other terror groups. This hearing is an important opportunity to assess Tunisia’s current state of affairs and to identify areas in which the United States can help secure Tunisia’s democratic future.”

The expert panel included representatives of US agencies concerned with democracy development—Ambassador Mark Green of the International Republican Institute (IRI); Les Campbell of the National Democratic Institute (NDI); William Sweeney, Jr, from the International Foundation for Electoral Systems (IFES); and Aaron Zelin, a terrorism expert from The Washington Institute for Near East Policy (WINEP).

The day of the hearing, Ambassador Green, Mr. Campbell, and Mr. Sweeney co-authored a blog in The Hill “Tunisia needs US support for democracy to succeed,” in which they argued that “Tunisia is still in a state of political transition that can be quickly reversed. Difficult problems…are still unresolved and fuel the appeal of extremist groups…Solutions to these problems lie in the delivery of good governance, redress of underdevelopment in certain regions, greater accountability and inclusivity, and increased access to opportunity.”

These messages were reiterated during the hearing, in which three themes emerged. Tunisia has pioneered the development of a moderate, democratic regime in the region, starting with a very difficult political transition since the ouster of President Ben Ali, and is struggling with internal and external forces that could destabilize the country. While security is the most visible concern, the country has yet to implement needed political and economic reforms that reduce the threat of instability due to internal discontent and lack of opportunity. Finally, the US still has a proactive role to play in supporting Tunisia’s road to a stable, secure, prosperous democracy.

What is clear from the remarks of the members of Congress who were present and the expert panel is that Tunisia has emerged from a very difficult period only to face even more challenges due to regional instability in Libya and on the Algerian border, as well as the need to make effective strides in reforming its economy.

So what can be done about this, and, more specifically, is there a way to leverage expertise of Morocco to complement US assistance to Tunisia? Morocco has not been passive in supporting Tunisia. In addition to the training of imams in moderate Islam as part of a common counterterrorism effort, Morocco recently signed eight agreements with Tunisia during a visit between the heads of government. These covered public housing, social development, education, women and children, youth and sports, higher education and scientific research, and technical cooperation in the field of transport.

Members of the committee and the panel noted the importance of US assistance in supporting Tunisia’s transition and security needs. There was also sentiment expressed that regional players like Morocco, which has common interests with Tunisia and the US, can be helpful in enabling regional aspirations for greater stability, security, and prosperity. Progress will require vigilance and commitment from all parties.

The panel identified security, elections, governance, civil society, and the economy as the most important issues to look at in the next few years. Why shouldn’t Morocco, the US, and Tunisia meet on a regular basis to discuss when and if there is way to leverage each other’s strengths to help create the common vision that is shared by all three nations? If we want to help meet the aspirations of Tunisia, then we should start by working together with our friends in the region to coordinate and maximize our efforts.