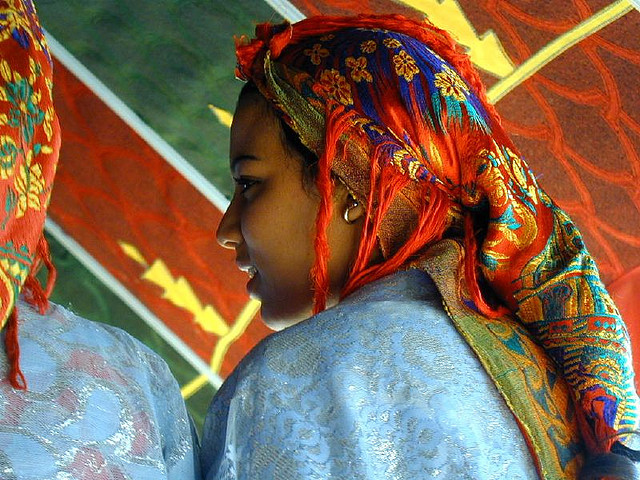 Now in its 11th year, the Fez Festival of Amazigh Culture—which opens today and continues through the weekend— can hardly be called a novelty. Yet it continues to represent a new era of cultural and political reform that Morocco has undergone in just the past decade and a half.

Organized by La Fondation Esprit de Fes, The Fes-Sais Association, and the North South Centre, in partnership with l’Institut Royal de la Culture Amazigh (the Royal Institute of Amazigh Culture) and the BMCE Foundation, the festival celebrates the dance, music, and art of the Amazigh, or Berbers, the indigenous people of North Africa.

In the early to mid-1990s, as Morocco’s political landscape began to change, and the country began to liberalize, Moroccan Berbers achieved momentum in carving out a space for themselves in Morocco’s cultural, historical and political memory. In August 1994, King Hassan II delivered a speech in which he recognized Berbers as critical to Moroccan identity, and promised to introduce Amazigh language into Moroccan schools.

His son and successor, King Mohammed VI, accelerated the process, creating l’Institut Royal de la Culture Amazighe in 2001 to oversee the implementation of Amazigh language education in schools and ensure that all government ministries addressed Amazigh concerns. Many Amazigh music, film and cultural festivals—like the one being held this weekend—emerged. In January 2010, Morocco launched its first public television network broadcasting in Amazigh, and in 2011, the country’s new Constitution formally recognized the integral role of Berbers in defining Morocco’s historic and cultural identity.

While in the eyes of an unknowing onlooker this weekend’s festival in Fez may fade into the bevy of summertime music and arts festivals taking place across the country, its true historical significance endures.