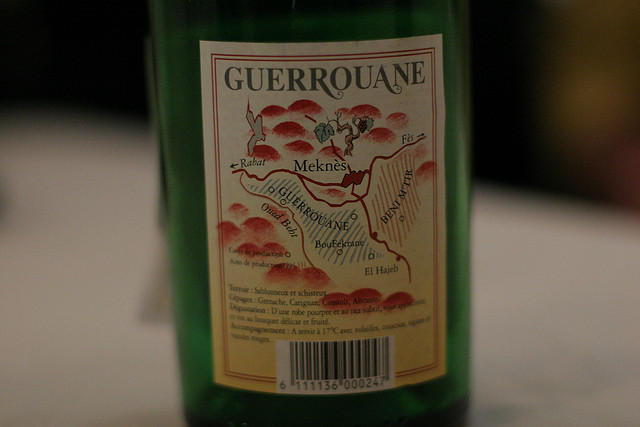 Most people draw a blank when confronted with the idea of wine from Morocco. They might know Paula Wolfert’s masterful cookbook “The Food of Morocco” and they may have even cooked a cinnamon-scented bestila or lamb tagine with olives and preserved lemon. But the wine is almost completely unknown.

For the last 10 years, though, importer Didier Pariente has been crisscrossing the U.S., presenting the wines of Ouled Thaleb, the oldest working winery in Morocco.

It hasn’t been easy persuading restaurateurs and wine shop owners to try bottles from what might seem an improbable place — Morocco is 98% Muslim, and most don’t consume wine for religious reasons. The paradox is that most wine produced in Morocco is consumed there. “Nowhere is it forbidden in the Koran to make wine,” Pariente says, opening his hands wide and smiling. [full story]