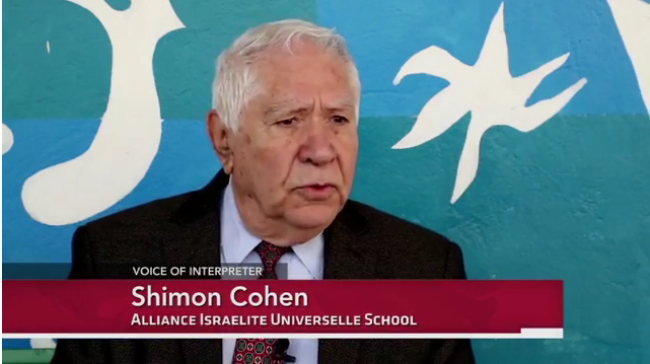 PBS NewsHour has produced a great segment about Morocco’s Jewish community, and those working to preserve its history:

For many people, Judaism in the Middle East conjures images of discord. But the Islamic nation of Morocco is an exception — it’s a place where Jews are not just tolerated but embraced in some circles as an important part of the country’s history and culture….

Casablanca boasts 17 active synagogues, three Jewish schools, an extensive Jewish museum, and a community center that cares for the sick and elderly. But the mellahs (Jewish quarters) of other Moroccan cities stand empty or repurposed.

Because of the mass exodus, some in Morocco are racing to preserve the country’s Jewish culture and community. At the Jewish Museum in Casablanca, which is the only one in the Arab world, Muslim curator Zhor Rehihil is passing on the history of Morocco’s Jews to all who visit. [full story]