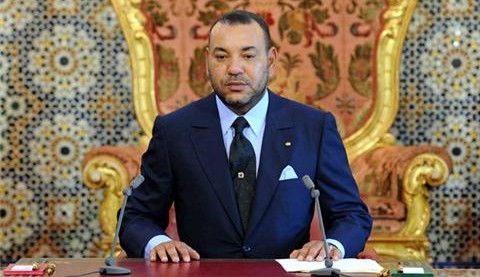 So much is being written on the regional and international problems in the Middle East and North Africa that I thought it might be useful to hear what a head of state had to say about his country’s future. Last week, King Mohammed VI gave his annual Throne Day speech, which marks his accession to the throne. Referring to himself as “your first servant,” the King called on Moroccans to not be satisfied with what is and strive to join him in propelling the country forward. In addition to thanking the country’s citizens for their continued support for domestic and regional policies, the King focused on his frustrations with the slow pace of progress.

As he put it, “I do not want to talk merely about achievements; nor do I want to dwell on tallies and figures. All that has been achieved, no matter how significant it is, remains insufficient for our country, as long as there is a category of the population still living in dire conditions and feeling marginalized, notwithstanding what has already been done.”

While noting that poverty has been diminished, he repeated a theme from previous speeches that “all citizens benefit from the nation’s wealth.” It is remarkable, yet not surprising to those who have observed the King for the past 16 years, that King Mohammed is not resting on his laurels. “All you experience in life is of interest to me: what hurts you affects me, and what makes you happy, rejoices me. Your worries are my top priorities.”

Americans, with our love/hate views of monarchies, seldom appreciate how difficult it is for monarchs to reach out and appreciate in a personal way the needs and aspirations of their people. Driven by pollsters, bloggers, and an elitist view of democracy, our perspectives lack sensitivity to the actual workings of monarchies in the contemporary setting. Having worked in three different “kingdoms,” and observed first-hand the constant negotiations and nuanced consensus-building at the heart of decision-making, I am convinced it’s not for the fainthearted.

King Mohammed is not content with developments in his kingdom. “Hence, we need to pause and look for innovative solutions that will enable [the marginalized] to catch up with the others.” And he focuses on more than material outcomes. “All political and social reforms and all development initiatives are basically designed to preserve the dignity of citizens.” He believes that “setting up institutions, no matter how important they may be, is not an end in itself. By the same token, economic growth can only be significant if it contributes to improving people’s quality of life.”

The King laments that there are areas of Morocco that are still underserved in terms of social and economic development, and he pledges that they are not forgotten or overlooked in the country’s future. “That is why, since my accession to the throne, I have pledged to spare no effort to improve the living conditions of those populations and ease their suffering.”

He then reiterates the vitality and importance of the National Initiative for Human Development (INDH) and how it is providing an integrated approach to enable greater economic and social activity in these areas, noting that INDH efforts will be “appended to the forthcoming programs of the regional and local councils, which now have significant resources and extensive powers.”

It is clear that the King’s vision is neither episodic nor differentiated by region. He wants to see all of Morocco move forward, erasing economic and social distinctions as part of his decentralization strategy. “The regionalization we want for our country must be the outcome of serious endeavors to find appropriate solutions for each region, adapted to its resources, characteristics, potential employment opportunities and development challenges. The region must become a hub for integrated, balanced development that achieves complementarity between the areas, cities and villages within the same region, thus contributing to halting the rural exodus.”

While there may be quibbling about the implementation of decentralization, there can be no doubt that the King is deeply committed to moving it forward as an antidote to poverty, marginalization, isolation, and economic disparity.

Into the Weeds – Critical Issues

The King then raised the issue of the treatment of Moroccans abroad, calling out consular officials who are not paying sufficient attention to serving expatriate Moroccans, and insisting that they “should be received and treated with respect and courtesy.” It is intriguing to try to identify other heads of state who spend time on something as “in the weeds” as consular offices, yet they are key links for expatriates to home regarding a host of concerns.

For the King, it is clear that “In any event, communication and interaction should be improved and services made more readily available to citizens, while procedures should be simplified and upgraded, and human rights and dignity preserved.”

He then addressed one of his major concerns, advancement of education reform “in order to rehabilitate the Moroccan school and enable it to achieve its educational and development mission.” The King insists “that the rehabilitation of education remains pivotal in achieving development and key in ensuring social openness and emancipation. It shields both society and individuals from ignorance, poverty, fanaticism and reclusiveness.”

King Mohammed addresses the question as to why so many parents are opting to undertake great sacrifices to give their children a private education – bypassing the public system. “The answer is clear: they are looking for appropriate education, based on open-mindedness, critical analysis and foreign language acquisition, which will enable their children to access the job market and start their professional lives.” He counters the argument that learning foreign languages will dilute the Moroccan national identify, reminding his audience that the country is by its nature multicultural, multiethnic, and multilingual.

He answers his critics directly. “No selfish or politically-motivated considerations should be allowed to interfere with any education reform – under the pretext of safeguarding national identity – as that might jeopardize the future of the coming generations. The future of the nation depends on the quality of education we provide for our children. Accordingly, the education reform must be aimed primarily at enabling students to acquire knowledge, skills and national and foreign languages, particularly in scientific and technical curricula, in order to be active members of society.”

The King does not overlook the need to encourage more students to enroll in technical and vocational schools as their graduates play a critical role in the country’s development. “Vocational training has become the cornerstone of all development sectors and we need to move from the conventional model of academic education to a dual training system that will ensure our youth will be employed.”

He then went on to address regional and international global issues, but the residual message about domestic reform continues to resonate regardless of the external environment. Morocco must do better, building, not resting on its achievements, according to the King. A timely and critical message for Moroccans and for its friends in the US and elsewhere whose support ensures that more can be done to implement King Mohammed’s vision.