An update on Morocco’s national basketball team: “underdogs who can become big dogs”: 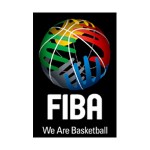 Morocco‘s newly appointed head coach Toni Vujanic is a confident man, and he is making sure to instil that attitude to his team for the upcoming AfroBasket 2015.

Vujanic, who took over in mid June, took his 14-player preliminary squad to his native Serbia, where they spent the last two weeks of training camp.

They played eight warm-up games against local teams, but he will only announce Morocco’s final roster for this year’s AfroBasket after facing Cote d’Ivoire in Rabat on Saturday.

Vujanic has blended young and more veteran players, and the result is what he describes as “refreshing.”

“My players picked up my game philosophy very quickly,” he told FIBA.com.

“Right now we are playing at such high level.”..[FULL STORY]