Tunisia considers a new law in its transition process, inspired by the success of a similar policy in Morocco: 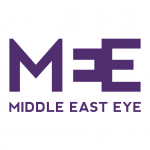 On the other side, the Tunisian Union of Industry, Commerce and Craft (Union tunisienne de l’industrie, du commerce et de l’artisanat – UTICA) applauds the economic reconciliation bill, believing that it encourages economic recovery. UTICA claims that the amnesty will relieve some businessmen of the burden of proceedings and thus enable them to pursue their business, notably by lifting the current ban on them leaving the country. That is the argument put forward by most economic operators and some parties.

Article 11 of the bill proposes lifting “proceeding and rulings and [not] imposing sentences given to civil servants and associated people for financial misappropriation, except for corruption and embezzlement”.

“Businessmen who have not been tried, and who have been accused of fraud, are blocked,” says Chokri Jarraya, a businessman and UTICA member. “Trials that began in 2011 have been dragging on too long, at a time when the country needs growth to clear up unemployment and increase security. The reconciliation law will make it possible to put all files on the table and deal with them on a case by case basis.”

The idea of economic reconciliation is mostly inspired by Morocco’s 2014 tax amnesty on foreign assets. According to the Moroccan government, this has exceeded all hopes and led to the repatriation of, in just one year, more than 1 billion euros (12 billion dirhams)…[FULL STORY]