Moving ahead at Regional and National Levels 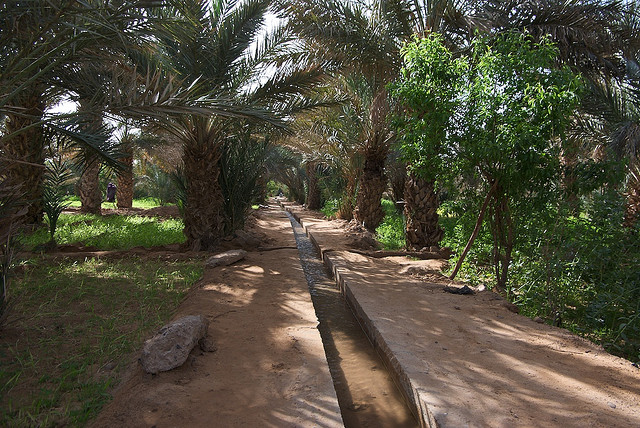 Despite continuing warnings of ongoing water crises through the Middle East and North Africa (MENA), there are valuable examples for the region coming out of Morocco to combat evident shortages in groundwater supplies and related food and energy issues. This is a national priority for the country, and for several years now, through the efforts of OCP Group affiliates, more attention is being focused on the food-energy-water nexus that the US government has identified as one of the strategic areas to be addressed for reducing conflict and promoting development.

Through its Plan Vert Maroc, the government has instituted a broad range of programs for small and large farms to increase the use of water conservation technologies, crops, and methods to husband the variable water resources that have a significant impact on Moroccan agriculture, which accounts for upwards of 20 percent of the country’s GDP.

Recent media reports also highlight what is going on in Morocco in both the energy and water sectors to plan more efficiently for the future. It is well known that “Morocco’s national energy strategy is targeting to raise the share of renewable energy to 42% of the total installed capacity in the country by 2020, with solar, wind and hydro each contributing 14%,” as detailed by seenews.com.

What is most important in its report is that the cost of solar-generated electricity is falling rapidly and may soon “achieve ‘grid parity,’ meaning that it will be able to generate power at a levelized cost of electricity (LCoE) at or below the cost of purchasing power from the electricity grid.” Given that subsidies for renewable technologies are a major barrier to utilizing more solar-based technologies, this is good news for the government and even better news for consumers.

There are many benefits of solar power, generated both by large facilities and smaller technologies being introduced to reduce energy costs for food producers. If costs are competitive with hydrocarbons, it has a broad impact, from reducing costs of harvesting, production, and distribution of crops, to conserving vital water resources – the nexus of food-energy-water.

According to the World Bank, “Water over-use is also a concern for Morocco, where farmers have increasingly shifted from diesel pumps to liquefied gas subsidized by the government.  Solar pumps could reduce costs for farmers by as much as two-thirds, depending on the regional cost of fuel.” This is part of a larger government strategy that ties subsidies to farmers for cost-saving solar equipment with micro-irrigation systems designed to reduce water consumption. “This way, the government ensures the efficient use of depleting water resources…In areas where water is scarce, the government could reduce equipment subsidies and encourage farmers to generate solar power for sale to the grid, like a cash crop in order to repay their portion of the loan.”

It is strategic policies put into action that encourage investors to look to Morocco, which again is a leader in Africa in attracting Foreign Direct Investment. According to MEED, Morocco is “regarded as safest and most stable in North Africa “despite being both smaller and less hydrocarbons-rich than its neighbour Algeria. Last year, Rabat was Africa’s third-largest recipient of FDI. The 67 projects it attracted accounted for 9.1 per cent of all new schemes in Africa and 9.5 per cent of all jobs created.”

Morocco’s has a remarkable and long-term commitment to dealing with issues such as energy costs and  the efficiency of its agricultural sector; it also has an overall strategic vision  as well as projects across sectors ranging from food and energy to tourism and technology. It is this that gives the country the competitive edge to be a leader in promoting economic growth in Africa.