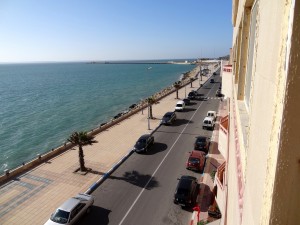 I. William Zartman, Professor Emeritus at the Paul H. Nitze School of Advanced International Studies of Johns Hopkins University, writes about the 40th anniversary of the Green March on the Middle East Institute site:

2015 marks the anniversary of the Green March, the spectacular initiative forty years that began the decolonization of the Spanish Sahara.  Since then, although Moroccan administration of the territory was recognized by the UN and populations in the region have voted regularly in Moroccan elections (including this year), final status has not been given international recognition. It is necessary that this chapter of decolonization be officially closed.

In the competing positions over the region’s future status—between independence and integration into Morocco—Morocco has come up with the only proposal for a middle position ever made—autonomy for the region within Morocco.  By the proposal, Morocco would get the outside of the box, the Sahrawis of all persuasions would get the insidea true compromise.  Past Secretaries-General have endorsed the proposed status, and the UN Security Council has recognized the importance of the proposal as “serious and credible” which Morocco put forward from the beginning as a framework with its details open for negotiation.  Now the Security Council should get to work to provide the final touches and approval. [FULL STORY]