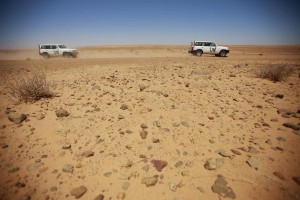 Next week, UN Secretary General Ban Ki Moon will visit Algeria and the Polisario-run refugee gulags around Tindouf in the vast, vacant and often scorching southern Algerian desert. Here is what I hope he will say to whoever is pretending to be in charge of matters in Algiers these days, and to the perennial President-For-Life of the fictitious Sahrawi Arab Democratic Republic. What is it now, nearly forty years or so and counting for Abdelaziz?

The Secretary General has often warned in public the last few years that the stalemate over Western Sahara has become a time bomb that needs to be defused as security matters in the wider Sahara/Sahel region continue to threaten the peace and stability of the whole of both northern and sub-Saharan Africa. If he is serious about this warning, maybe the time has come for him to speak some straight truth to the Polisario leadership and their overlords in Algiers. And just what is this truth?

The most basic element of it is that this problem in Western Sahara is never going to be resolved unless and until Algeria and the Polisario come to understand and embrace the reality that a “mutually acceptable political solution” means giving up the idea of creating yet another fragile micro-state in an already fragile and dangerous region. This is simply not going to happen, and any reasonable observer of this ongoing problem on the Security Council agenda is well aware of that reality.

This problem has only one solution, and Ban Ki Moon will do peace in the Maghreb a huge favor if he makes a serious effort at getting the recalcitrant in Algiers and Tindouf to understand that.

A more than generous offer is on the table to grant the Sahara a special autonomous status. Details of its contents to be bargained in good faith, but the framework already laid out has been repeatedly acknowledged as “serious, credible and realistic” by both Washington and many others that matter. Others, who don’t matter so much, and have no real stake in the outcome, continue to shout out in sycophantic harmony with Algiers and Tindouf for other non-solutions like independence that have been clearly rejected in major world capitals for more than a decade. It is time to move on, and Ban Ki Moon should put that in plain language on this trip.

What else could we hope that Ban Ki Moon might make clear? Let’s start with the fervent desire that he tell Abdelaziz, and whoever is listening in Algiers, that it is time to let the people in these gulags choose their own destiny. Some might want to stay on under the Polisario’s self-serving rule, but clearly thousands of those in the camps would like nothing better than the opportunity to go home to Morocco with their families and belongings. They are clearly welcome there, as is perfectly evident in the treatment of the 8000 or so who already have done just that – slipped away, most often in stealth mode, having voted with their feet and gone home. It’s time for the Polisario to get out of the way and allow the UN High Commission for Refugees to launch a voluntary repatriation program to assist those in the camps to return home if they so choose. Why not? Why shouldn’t they be free to leave and why shouldn’t UNHCR be allowed to help them do that? If not, they are pretty clearly just what Morocco calls them –hostages. It’s time to call the Polisario out on this issue. Thousands of these families want to be reunited, and nothing is holding them back except the Polisario’s unwillingness to allow them to peaceably depart. 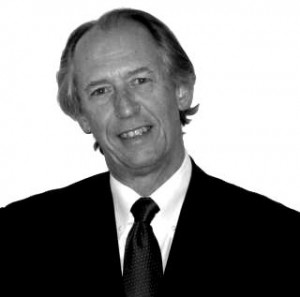 And while they are having a conversation about refugees, maybe Ban Ki Moon can also tell the Polisario and Algiers that the donor community is getting sick and tired of all the fraud surrounding the humanitarian assistance to the camps and their stubborn and unexplained unwillingness to allow a full census and identification exercise of the camp populations. What is the problem here? Again, why not? What are they hiding, and why should they be allowed to continue to hide it? It’s time for a head count and a process to find out just who is actually living in these camps. My hundreds of Sahrawi friends who have left the camps and come home often tell me that as many as half of those still in the camps are not from Western Sahara at all. They may indeed be Sahrawis, but they are not Sahrawis whose origins were in what is called Western Sahara these days, i.e., they are not refugees at all. Most of them are likely Algerian Sahrawis who shouldn’t be confined to refugee camps to begin with – unless that is how Algeria prefers to treat its own minority populations.

I am going to cross my fingers for some straight talk from Ban Ki Moon with folks in Algiers and Tindouf. They may not much like this message, if it gets delivered, but it is time they hear it, loud and clear, if the Secretary General is actually serious about breaking the logjam here and getting this problem headed toward a solution.

[…] design or accident, but it was clearly one or the other.A few days ago, I wrote in this space about my hopes and aspirations for Ban Ki Moon’s visit to Algiers and the Polisario gulags around Tindou…. I counseled straight talk with the leaders of Algeria and Polisario about the need for a genuine […]