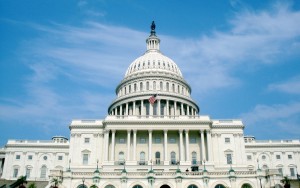 A bipartisan group of US Congress slammed the UN Secretary-general’s reprehensible actions during his recent tour in the region and his use of the word ‘occupation’ to describe Morocco’s recovery of its southern provinces.

The “Congressional Morocco Caucus” said in a letter to US Secretary of state John Kerry that the UN Chief’s actions during his recent visit the region are “unprecedented”.

UN Secretary-General’s slippages have sparked wide condemnation and popular demonstrations in Morocco, noted the group, stressing that the Sahara issue is “fundamental for Morocco and for its national security.”

The congressmen said that the US State department should reaffirm the US longstanding stand which supports a resolution of the issue based on Morocco’s autonomy plan.

The US government had taken the lead in the abandonment of the referendum option in favor of a negotiated political solution, the letter’s signatories recalled, adding that Morocco’s autonomy plan is supported in both houses of the US congress.