Last week, a Congressional hearing was held by the House Foreign Affairs Subcommittee on Africa, Global Health, Global Human Rights, and International Organizations, to examine “allegations of abuse and [the] absence of accountability at the United Nations.” Over a span of two hours, witnesses that included former UN officials and policy advocates discussed an alarming litany of problems and abuses that have become endemic to UN peacekeeping.

But what was potentially more interesting was a broader discussion of the UN’s peacekeeping role, and how its approach has served to essentially freeze conflicts in place rather than solve them.

This discussion was prompted by Committee Member and Co-Chair of the Congressional Peacekeeping Caucus, Congressman David Cicilline, who asked how Congress could help to improve the professionalization of UN peacekeeping troops. 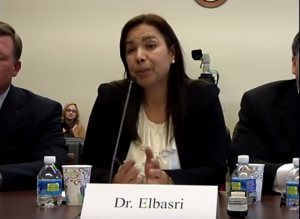 Dr. Aicha Elbasri, herself a former UN whistleblower, replied that the issue is complicated because the UN has long since changed the role of peacekeepers by abandoning the three core principles of peacekeeping: neutrality, nonuse of force (unless necessary), and the consent of all parties to the conflict.

The discussion of the key principle of neutrality immediately recalls the ongoing situation caused by UN Secretary General Ban Ki-moon’s recent comments on the Western Sahara. His description of Morocco’s presence there as an “occupation”–which contradicted decades of UN positions–plainly exposed a lack of neutrality on the part of the leader chiefly  entrusted with brokering a negotiated political solution to the conflict. And it provided rare exposure of the realpolitik that has caused the Sahara conflict to go on for so long. Dr. Elbasri eventually made the connection herself.

“We have been sending peacekeepers without doing anything about the peace,” Dr. Elbasri continued. She cited the example of Mali, where peacekeepers are actively engaging in a counterterrorism fight that goes well beyond the traditional peacekeeping mandate. She continued that the decades-old entrenched peacekeeping missions in “Kashmir, Cypress, or Western Sahara” clearly demonstrate how the UN’s misplaced priorities end up “keeping wars” instead of solving them:

These are time bombs. We’ve seen recently a major crisis in Western Sahara when Mr. Ban Ki-moon walked into the region and without consulting, without visiting Morocco, and it completely transformed into a major crisis with the Polisario threatening to go back into open arms. These are considered frozen conflicts that the UN has been keeping for so many decades, but these are time bombs. I think what I want to say here is that we should go back to the UN keeping peace, but bringing peace first in order to keep it, instead of waging wars and keeping wars ongoing.

Brett Schaefer of the Heritage Foundation agreed, adding that beyond perpetuating conflict, these entrenched peacekeeping missions constitute a misallocation of resources. By finally solving these protracted conflicts and concluding their corresponding UN missions, resources could be put to better use elsewhere. Unfortunately, it’s difficult to see any sort of progress the UN is making towards resolving any of these conflicts after decades of stagnation. Schaefer:

A lot of these operations involve situations that are potentially fractious and could reignite. But, you also have to question yourself. What have we been doing? You have a UN operation in Kashmir since 1949; you have Cypress since the 1960s; you’ve got Lebanon since the 1970s; the Syria operation UNDOF since the 1970s; MINURSO since 1991. After two, three, four, five, six decades, you have to ask yourself, when are we going to see progress be made toward resolution, rather than just keeping the parties from open warfare?  And we need to be focused on that part of the equation. And if you could do that, you would have more resources for current operations because the troops that are tied up there could be moved someplace else. And the resources that are tied up there could be moved and applied to more current crises.

The MINURSO mission in Western Sahara is just one example of peacekeeping missions with no end in sight because there’s no real emphasis on resolution by the Security Council. Despite the problems outlined at the hearing, peacekeeping missions aren’t going anywhere because they emanate from noble conception at heart—using neutral forces to quickly quell violence. But along with a heavy dose of reform and accountability measures, the UN and the international community need to commit to the next part of the peacekeeping equation, whereby conflicts are actually resolved. 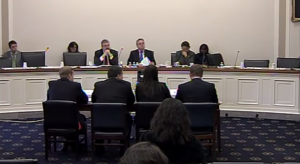 This all serves as a reminder that those not wholeheartedly committed to advancing negotiated political settlements to end these conflicts are merely serving to perpetuate dangerous situations. This is certainly true of the Sahara dispute, where real negotiations are a distant memory as Morocco’s “serious, realistic, and credible” framework autonomy proposal sits ignored and undiscussed.

Hopefully, this hearing will help to refocus the conversation on peacekeeping in general and the Sahara specifically. At the moment, Western Sahara has captured some media attention, but this will soon subside as it always does, and the MINRUSO mission will continue on. Until the international community begins to seriously push for real negotiations, this episode will merely end up as a small blip in a painfully long saga. The blueprint is there—the political will isn’t quite yet.