The President of Morocco’s Federation of the Democratic League for Women’s Rights on how civil society has achieved great gains for women: 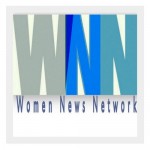 I have been fighting for women’s rights in Morocco for almost 40 years, and while we don’t yet have a month dedicated to commemorating women’s history as American women do, we have had many victories. And despite setbacks, I continue to have great hope for the future of women in my country.

Growing up in Morocco in the 60s and 70s, I was lucky that my parents always made sure that my brothers and sisters felt equal and entitled to the same opportunities, urging each of us to get an education. But by the time I reached high school, I realized that many Moroccan women were, in fact, living very different lives from men. I saw that while I was pushed to do anything I set my mind to, some of my girlfriends were simply encouraged to find a good husband and marry well. And I learned that there were women in far worse circumstances – who could be easily divorced by their husbands, with no right to any property settlement, with no recourse; or who couldn’t work without their husband’s permission.

I knew that the only way to make change was to take action. By the early 1980s I was working with other women rights activists and human rights defenders to change the Personal Status Code—Morocco’s law governing all things relating to human and women’s rights issues at the time. In 1999, when the new King, His Majesty Mohammed VI, ascended the throne, we saw a new opportunity for reform and created the Democratic Front for the Rights of Women. Despite confronting opposition from conservatives and Islamists, the country succeeded in reforming the family law in 2004…[FULL STORY]