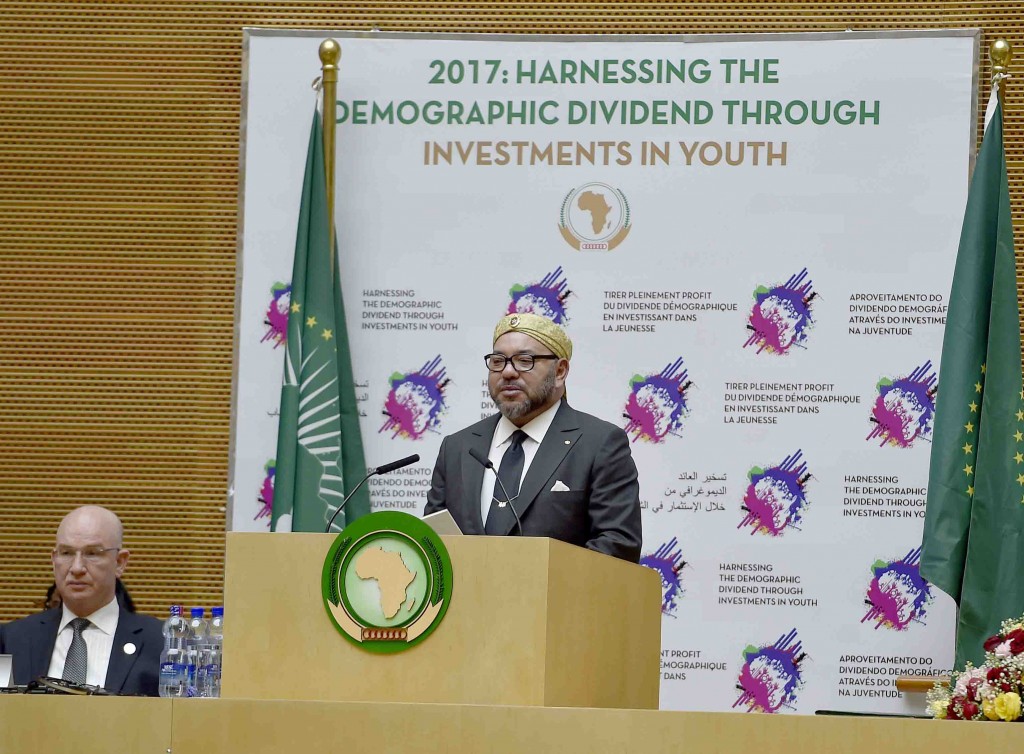 King Mohammed VI delivers a speech to the African Union on Tuesday, January 31.

It’s been just over a week since an overwhelming majority of African Union (AU) member states (39 of 54) agreed to admit Morocco to the pan-African organization after a 33-year hiatus. The historic decision is a crowning achievement for Moroccan King Mohammed VI, who has made Africa a foreign policy priority during his reign. As he outlined in a speech to the AU the day after the news broke, Morocco’s African links “have remained strong and African sister nations have always been able to rely on us.” Indeed he cited his 46 visits to 25 African countries and noted that “since 2000, Morocco has signed nearly a thousand agreements with African countries, in various fields of cooperation”—almost twice as many as during the period between 1956 and 1999.

Not surprisingly, world leaders, institutions, and policy observers welcomed the widely-reported decision. Here’s a sampling of what’s been said:

While nine AU member countries were against Morocco’s return (and six countries abstained from the discussion) King Mohammed VI spoke candidly: “We know that we do not have unanimous backing from this prestigious assembly. Far be it from us to spark off a sterile debate! We have absolutely no intention of causing division, as some would like to insinuate!” With enthusiasm he countered, “You will see: as soon as the Kingdom becomes a member and is able to contribute to the agenda of activities, its action will, on the contrary, help bring about unity and progress. We participated in the creation of this beautiful pan-African edifice and we naturally look forward to regaining the place that is ours within it.”