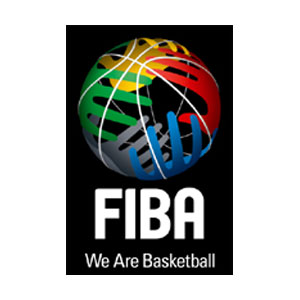 Like much of the world, Moroccans are devoted soccer fans—quick to proclaim their loyalty to either Real Madrid or FC Barcelona, but also to local teams like Raja in Casablanca or ASFAR in Rabat. Soccer, however, is not the only sport that people in this country—and Africa as a whole—love to play and watch. Basketball is becoming ever more popular in the region, and interest in the continental tournament of AfroBasket is growing. The International Basketball Federation (FIBA) tournament, which began in 1962, is held biannually on the continent and brings together the best players from all over Africa.

Draw results for AfroBasket 2017 were announced on July 16 at The Westin Turtle Bay Resort and Spa in Balaclava, Mauritius. This year, the tournament will be hosted by Tunisia and Senegal from September 8 to September 16. During the initial Group Phase, two groups will play in Senegal’s capital, Dakar, while the other two groups play in Tunisia’s capital, Tunis. The rest of the games, the Final Phase, will be played in Tunis. Morocco has hosted the tournament four times, most recently in 2001 in Casablanca.

Morocco will be competing in Group B (playing in Dakar), alongside Angola, the Central African Republic, and Uganda. North African neighbor and host country Tunisia is in Group C (playing in Tunis), competing against Guinea, Rwanda, and Cameroon. Nigeria, the Democratic Republic of Congo, Mali, and the Ivory Coast face off in Group A (playing in Tunis). To round things off, Group D (playing in Dakar) consists of five-time champions Senegal and Egypt, as well as Mozambique and South Africa. The most recent holder of the championship title of AfroBasket is Nigeria, who won in 2015.

Morocco may have a difficult road ahead, as its group competitor Angola has won the title 11 times since 1989, most recently in 2013. On the other hand, Morocco emerged victorious only once, in 1965. At AfroBasket 2005 in Algeria, Morocco placed 6th in the tournament and ranked at 8th in both 2011 and in 2013, when they defeated Rwanda, Burkina Faso, and Algeria. While they came out in 13th place in the most recent tournament, they never lost by more than six points, including two one-point games, one of which was against powerhouse Angola. Furthermore, they won against the Central African Republic that year, whom they will meet again in this year’s tournament.

Earlier in July, Moroccan power forward Abderrahim Najah expressed his wish for his country to host one of the two tournaments in the 1st Round African Qualifiers for the FIBA Basketball World Cup 2019. In an interview with FIBA.com, Najah said that Morocco’s current roster boasts “one of the best generation of Moroccan players,” and he is determined to “finish with at least a bronze medal.” Eyes will be on him and his teammates this September to see if he can follow through on his promise.