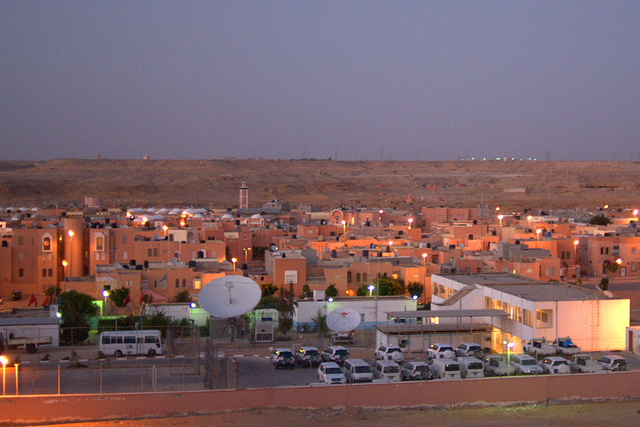 After a few last minute grumbles from Russia and a few meaningless word adjustments, the UN Security Council has voted approval of a new mandate for MINURSO, the Western Sahara peacekeeping mission, now into its 27th year of a so far fruitless search to find some compromise political solution to this seemingly endless dispute.

Polisario had its hand slapped for its needlessly provocative behavior in the buffer zone. But whether this will result in their withdrawal or any decision to delay or forego further plans to expand their presence there remains to be seen.

Once again, the Council commended Morocco’s proposed autonomy initiative for the region, but failed to simply and clearly take off the table the dead letter Polisario insistence on a referendum on independence. Perhaps this was the price that had to be paid to satisfy Russian complaints about a lack of “balance” in the resolution.

In a break with past practice over the last dozen or so years, the new mandate was extended for only six months rather than a year. Meaning that at the end of October, the Council will once again have to review whether this effort is making any progress.

I recall vividly the time when the Council was renewing the MINURSO mandate for only 30 or 60 days at a time in an effort to impart a sense of “urgency” about finding a resolution to the many issues standing in the way of a solution in Western Sahara. Sadly, the short time frames produced little more than further acrimony and belligerence between the Parties and seriously strained important bilateral relations between the United States and Morocco.  Those strains were temporarily relieved when the US eventually decided to abandon the failed idea of a referendum and opted to advance the idea of a compromise political solution in its place.

The major thematic of this year’s MINURSO renewal was to put the emphasis on the need for “compromise” and “realism” in the search for a “mutually acceptable political solution.”  But is this just rhetorical support for Horst Kohler, the new Personal Envoy, or are the Council and its most important member states now truly prepared to take concrete action to ensure that the enduring stalemate is finally broken? The last time we heard emphasis on these words was when previous Personal Envoy Peter Van Walsum insisted that realism was needed to break the logjam, and that narrow ideas of what constituted international legality were out of place in any effort to find a realistic political compromise. That didn’t work out so well for Van Walsum’s commendable effort to move the needle forward. Algeria and the Polisario refused to talk with him afterwards and the Council failed to back him up, instead allowing his contract to expire.  That was nearly a decade ago. Little has changed in the meantime. Perhaps the Council may have learned something from its failure to fully support Van Walsum, and Mr. Kohler will be given more latitude to insist on realism and compromise as he attempts to bring the Parties back to the bargaining table.

But to be fair to the Council and Mr. Kohler, there are limits on what either might be expected to accomplish if the major players on the Council remain content to allow the status quo to prevail through their own lack of resolve and action on this issue.

If the logjam is going to be broken, some of the Council’s important members, who claim to support a compromise political solution, are going to have to take firm and concrete action to demonstrate their own resolve to advance such an outcome.  Sitting on the fence and offering rhetorical support without tangible action will accomplish nothing. We have seen that for the last decade. The US makes frequent statements applauding Morocco’s autonomy initiative as “serious, credible and realistic,” but thus far has done next to nothing to provide tangible support to Morocco’s effort to prepare the region for autonomy through its ongoing advanced regionalization effort.  Words without deeds are hollow and that has been evident not only to Morocco but to Algeria and the Polisario as well, both of whom read the lack of action from Washington as a lack of resolve to truly support the sort of compromise political solution it says it wants. This is a major factor sustaining the status quo.  Unless those who support a compromise are willing to demonstrate by action their resolve, I fear there is little that Mr. Kohler will be able to achieve and the Council will be looking at the same circumstances six months from now.