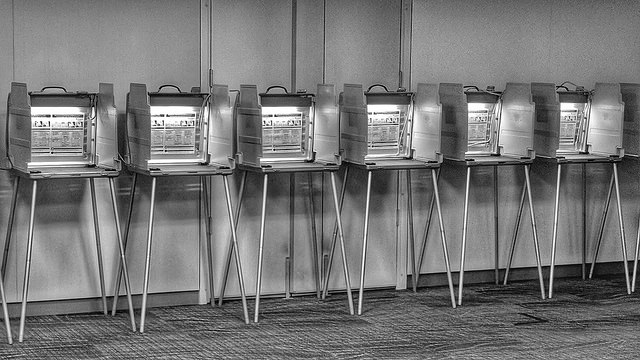 The pendulum has swung back, in what appears to be one of the biggest wins for the Democratic party in several decades. The November 6th elections will give Democrats between 35-40 new seats in the House of Representatives, with 1-2 seats lost in the Senate, which is respectable, considering they were defending 26 seats – including 2 independents who caucused with them – versus only nine seats that the Republicans were defending.  Two years from now, 22 Republican Senate seats will be up for reelection versus 11 for the Democrats, an enormous advantage which could give them the majority in both the House and Senate.

Democrats will win at least seven state governorships this year, and add hundreds of state legislators to their ranks. This is a huge win and provides a lesson to foreign governments to be careful not to show their preferences for either political party as each has a long memory and will not forget the positions taken by foreign governments.

The most obvious example of what to avoid is the very public relationship exhibited between Saudi Arabia and the Trump Administration, and in particular, the personal relationship reported between the Trump family and the crown prince of Saudi Arabia, Mohamed bin Salman (MbS as he is known).

The following graph illustrates the pendulum swing in American politics during the past five presidential administrations:

The graph shows that the political pendulum in American politics ultimately swings from one party to the other.  Until 2017 and during the past 30 years, only twice was there one party in control of both branches of Congress and the Administration at the same time, and the change of power among the House, Senate, and Administration was frequent and unpredictable. This underscores the importance for foreign governments to remain non-partisan in their dealing with American politicians and political parties.

Historically, Arab leaders have trusted Republicans over Democrats, but have been largely deft in not expressing opinions about American politics, interacting with both political parties equally and carefully.  King Hassan II and his successor, King Mohammed VI, are prime examples of balancing relationships with and within other countries. In the US, almost every president since Eisenhower, both Democrat and Republican, hosted the Moroccan monarch in a highly honored State Visit, and each president counted the King as an ally and partner of the US.

Morocco’s non-partisan approach was displayed in a bipartisan letter, signed by 233 members of the House in 2009, endorsing Moroccan sovereignty over the Western Sahara, with a concurrent congressional policy, an accomplishment very rarely achieved by any country.  A similar letter was signed by 54 Senators in 2010.

Registered lobbyists who represent foreign governments should be just as cautious in displaying partisanship in their work, as they are considered representatives of a country, not just retained political operatives. Thus, the best bilateral strategies with the US are based on long-term relationship building by a team of bi-partisan representatives who avoid their personal political leanings while representing the client country. The Moroccan American Center (MAC), which formerly represented Morocco, is a good example of this approach as it successfully supported Morocco in Washington by assembling a bipartisan team of highly respected foreign policy experts who put the interests of the bilateral relationship ahead of personal partisan preferences.

Senator Arthur Vandenberg, Republican chairman of the Senate Foreign Relations Committee, asserted in 1948 that “politics stops at the water’s edge” as he forged bipartisan Senate support for the Truman administration’s policy to involve the US in NATO against an emerging Soviet threat. This has been a great lesson for all US diplomats and foreign policymakers to follow, and one that should apply as well to our friends overseas who come here to strengthen their relationship with America.