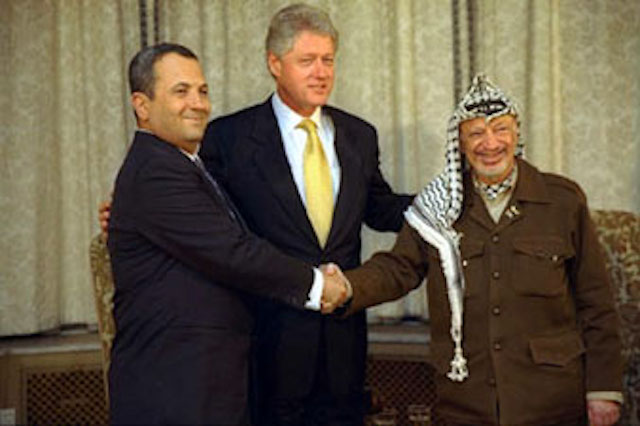 The Christmas season is a time to be filled with joy and hope for peace in the world. Christmas 2000 was also a time when peace between the Israelis and Palestinians was front and center on the world stage, and the US was the predominant key player in this effort. It was also a time when King Mohammed VI played a vital role in President Bill Clinton’s final push for peace before he left office.

From July 11-25, 2000, President Clinton put all of his political clout on the table when he invited Israeli Prime Minister Ehud Barak and Palestinian President Yasser Arafat to Camp David for several days of talks in the hope of hammering out a peace initiative. Unfortunately, the parties could not bridge the gap between them and the talks ended with no major breakthroughs. The hope for peace seemed doomed.

It only got worse when, in September of 2000, former Israeli Defense Minister Arial Sharon visited Jerusalem’s Temple Mount or Haram al Sharif (“Noble Sanctuary” in Arabic), provoking demonstrations and rioting. This led to the second “Intifada (uprising)”, which lasted several years. Most world leaders would have been dissuaded from pursuing the effort further, but not President Clinton.  He continued to be optimistic that a breakthrough could be found, in spite of the reality that presented itself on the ground.

Nothing would stop his drive for peace, and, in early December 2000, following the US elections in which George W. Bush became President-Elect, I received a call from Aaron Miller of the State Department, then Deputy Special Middle East Coordinator. He informed me that a new effort would take place to have President Arafat secretly meet with the US team in Rabat. King Mohammed VI agreed to the idea and provided a private palace venue for the meeting.

On the eve of December 12, President Clinton’s  peace envoy, Dennis Ross, and his team, and  President Arafat and his teamarrived for their discussions.  We would meet to nearly 3 a.m. in what could have been one of the most historic meetings in history.

Ross outlined what would become the Clinton Parameters, carefully walking Arafat through its most important points. The Palestinians would maintain at least 94-96% of the West Bank, with land exchanges making up the difference, including a land bridge between the West Bank and Gaza; and East Jerusalem would become the capital of Palestine, with West Jerusalem as the capital of Israel.  There would be security guarantees for both sides, but, importantly, the Palestinians would have to give up the right of return to their homes in post-peace Israel. A few hardship exceptions would be made to resettle refugees in Israel, but in general, aid and other guarantees would be made available to assist the vast majority of the Palestinians to resettle in post-peace Palestine, third countries, or to remain where they were, except in Lebanon.

Essentially, it was to be a swap: East Jerusalem as the capital of Palestine in exchange for no right of return to the newly configured Israel, in addition to the exchange of land for peace and security.

By the end of that night, both Arafat and Ross seemed extremely positive. Arafat asked, “What makes you think Prime Minister Barak will accept the proposal?” Dennis replied, “Because he can’t win reelection without it. He may still lose with it, but he cannot win without it.” Although Ross would remark to his team later that it was the most positive he had seen Arafat, he was cautioned that, although Arafat seemed positive, he didn’t give any assurance that he wouldn’t back out or ask for more clarifications or concessions.

King Mohammed was briefed on the meeting, and agreed that the outlines of the peace proposal made sense for both sides.  On December 23rd, President Clinton invited Palestinian and Israeli officials to the White House, where he officially proposed the Clinton Parameters and gave the parties until the 27thto agree or reject them. He also stated that there would be no revisions to his proposal.

On Christmas Day 2000, I met with King Mohammed and Moroccan Foreign Minister Mohamed Benaissa and would carefully describe the five-page Clinton Parameters in thorough detail during the course of a two-hour meeting.  King Mohammed promised not only to call and encourage Arafat, but because he had a unique and open dialogue with the Israelis, would call them as well, and would offer them a new and warm relationship with Morocco if they would accept the deal.

At the end of the meeting, I reminded the King that this day was a time of joy and peace in the Christian world and that this Christmas would have a special meaning as we moved towards peace on this most contentious issue.  Jordan, Saudi Arabia, and Egypt would get the same demarches. It was a time to pull together, a time for hope and peace.

History, however, would not be made. King Mohammed would relay a message on the 27th, the day the Israeli and Palestinian responses were due, informing the US that he was unable to convince Arafat, who said he needed more time to discuss the offer and seek “clarifications”.

Israeli official Shimon Peres flew to Rabat on December 29thto try to convince the King of a different deal involving the administration and sovereignty of Jerusalem. King Mohammed rightly concluded that he could not be more Palestinian than the Palestinians and rejected Peres’s idea.

During this Christmas season, we are reminded of a time when the Arab world joined together in support of peace, and when Israelis and Palestinians were working together.  It was also a time when world leaders were willing to stand above personal political beliefs and reach for a higher cause: peace in the Middle East.

In April of 2001, after President Bush took office, I visited with President Arafat in Ramallah. Over lunch, he would tell me that he now agreed with the Clinton Parameters. And I would remind him that it was too late, that Clinton and Barak were no longer in office, but that hopewas the engine to restart peace in the future.