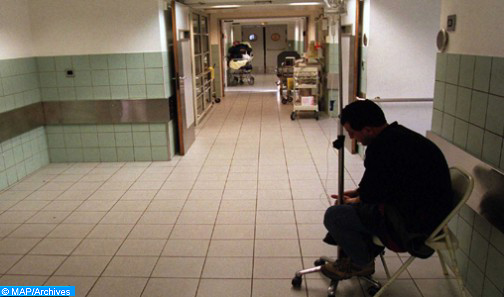 A recent article from a UK news service questioned why King Mohammed VI was acquiring even more control over the naming of senior government than was intended under the 2011 constitution. It wrote that “Article 49…stipulates that appointments to key public institutions should be made by the Council of Ministers which comprises the government but is headed by the King. However, this advance was hindered in 2012…through the introduction of Law No. 2 of 2012, which gives the King ultimate control over appointments in a set list of public institutions.”

The latest case raised by the article is that two additional institutions have been added to the list of those appointed by the King, the head of the health insurance fund (CMAM) and the sovereign wealth fund (Ithmar al-Mawarid). It went on to point out that this move had generated public debate as to why these steps were taken.

Perhaps there was not enough information available to the news service at the time for an objective assessment of the situation; but the claim made me wonder if this was indeed a power grab or another reason tied to discharging their missions effectively and efficiently. So, armed with Google Translate, I waded into the French language press with guidance from a Moroccan friend, to sort out a credible explanation for the move.

The first lead came for L’Economiste, which reviewed the actions of the Governing Council in reassigning oversight to the Palace and pointed out two interesting facts: that this was a reorganization that would reduce the number of public insurance funds into a single institution responsible for a wide range of social welfare and health insurance programs. The proposed legislation has been submitted parliament for approval. It notes that aside from restructuring and consolidating existing agencies, it will set up new management and governance procedures to protect the integrity and funding of the social health system and “fill the gap in the application of the provisions governing the governance of the basic compulsory health insurance scheme” for the benefit of labor, management, retirees, their dependents in the public sector, students in the public and private sectors, victims of human rights violations during the period between 1956 and 1999 and their dependents,” so that funding is maintained and sustained to meet its ongoing obligations.

Another article from the same source detailed the shortcomings of the existing health fund. It points out that there was a $32 million deficit by 2017 in the health insurance fund, where expenses of $552 million exceeded resources of $520 million. There are distortions in existing coverage. For example, spending on chronic diseases, representing some 5.6% of beneficiaries, consumed some $250 million in 2018, almost 50% of all resources. Interestingly, most of the beneficiaries are people over 50. Costs of drugs had expanded from 1001 approved several years ago to more than 4400 drugs covered currently, “Meanwhile, the contributions remained frozen.”

The article said that it was anticipated that the deficit may widen further so the reorganization has become critical. “The goal is to guarantee good governance, through the creation of a Board of Directors, which sets the strategic direction, as public institutions.” This was not the case with the previous agencies that acted as independent funds without oversight. The oversight includes procurement procedures, partnerships agreements, contracts with health care providers, and related legal issues.

Another article in Telquel undercut the charge raised in the UK article by pointing out that the initial draft adopted last October introduced the idea of having the head of the to-be-formed National Health Insurance Fund added to the list of strategic appointments, fully five months before the UK article. This was also the case with the senior executive at the sovereign wealth fund, which was formerly the Moroccan Tourism Development Fund. But the question remains, why should the leadership of both funds be appointed by the monarch rather than the council of ministers?

At least in the case of the health insurance fund, the answer seems to reflect the lack of progress in providing robust and efficient health services in the country, especially in relations to private health care providers and medical professionals. Beginning this month, the National Association of Private Clinics (ANCP) will no longer treat Moroccans covered by the current Compulsory Health Insurance (AMO).

This has come about because the government has not renegotiated the payment schedule for private clinics, which is forcing them “to refuse the insured AMO. In other words, patients will have to pay all the costs.” As the head of the ANCP stated, “The lack of revision of the TCs [payment schedules] and the lack of transparency of the billing system of some private health care structures are contributing to the multiplication of gray areas in the clinic-patient relationship.”

This has led, as is often the case, for the King to take action. He has called for speeding up health reform. Conscious of the shortcomings of the existing system, his remarks on World Health Day asked for the government to adopt the necessary laws and regulations on primary health care reform, to continue the expansion of health insurance, and directing more efforts to the regional level. His message was that “”We would like to (…) urge the government to…increase access to local health care that meets quality standards, at a reasonable cost, while giving more responsibility to the regions.”

His message emphasized that “Universal health coverage must take into account certain priorities, including epidemiological monitoring, the fight against cross-border epidemics, and the strengthening of health systems, which is not dependent on funding alone, nor is it limited to the exclusive efforts of the health sector, but it also requires a set of measures to ensure equal and equitable access to health services, and sustainable development, social inclusion and cohesion.”

Unfortunately, despite the king’s message, the public health system continues to face challenges, most recently, the collective resignation last week of 305 doctors practicing in hospitals in the north of Morocco. According to Le Monde, it is in protest against their working conditions, which they describe as “catastrophic.” This follows a similar action by 200 public sector doctors in 2018. According to the World Health Organization (WHO), the Morocco health system has a “staff deficit” and “profound geographical and socio-economic inequalities.”

Given the demographic challenges of both a young and old society, growing rural to urban migration, and the state of Morocco’s national budget, there are no quick remedies to providing the healthcare called for by the king. So whether or not this represents an unreasonable shift in control to the king depends upon one’s perceptions of the health care system. If it is failing, then why hasn’t the government acted more promptly to institute needed remedies? And why does a “catastrophic” situation need to be resolved through his direct action rather than government action?