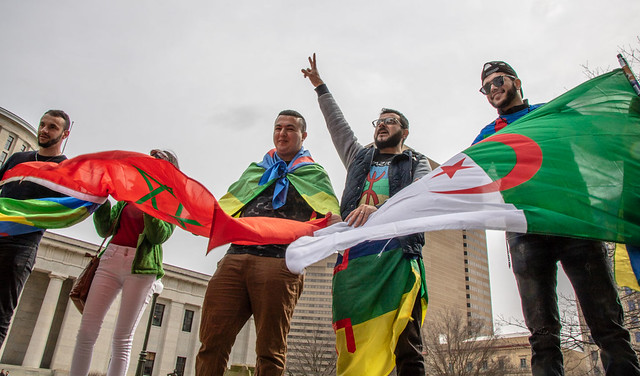 In April 1999, Abdelaziz Bouteflika won the Algerian presidential elections and would remain head of state for the next two decades. It was recently announced that he would step down from the office this month, on the 20th anniversary of his first election.

President Bouteflika’s initial rise was viewed hopefully in Morocco, where it was rumored that he and King Hassan II were friendly and that the King believed the two had come to an agreement on matters of mutual interest, of which the Sahara issue was one.  Two bilateral meetings between the US and Morocco in 1999, before and after the Algerian elections, would forever change the approach to that question.

One of those meetings occurred in March/early April 1999, just before the Algerian elections, in a meeting between Martin Indyk, then Assistant Secretary for the State Department’s Near East Bureau, and King Hassan, in Marrakech, during which Indyk encouraged the King to abandon a “winner-take-all” referendum, and instead accept the US proposal of granting autonomy for the people of the Sahara under Moroccan sovereignty. He claimed that, given the trend of those being qualified to vote in a referendum, its outcome would be uncertain at best. At the time, the Polisario viewed eligible voters as only those who were listed on the original Spanish roll of 1974, while Morocco’s view that the descendants of those on the original list should also be eligible to vote was losing ground.

In reference to the uncertainty of a referendum vote, Assistant Secretary Indyk said to King Hassan, “We are going down a deep dark tunnel together and at the other end we may face a split in our relations.”  In other words, he was referring to the fact that the US didn’t want to have to face enforcing a vote that went against Morocco, but would have no choice under a free and fair referendum. He then outlined the US proposal for a negotiated outcome under autonomy/sovereignty. King Hassan was non-committal, saying that he would not say no to the American proposal but suggested that Indyk meet with the Algerians to test the idea.  Within an hour of their meeting, King Hassan appointed Moroccan Ambassador to the US, Mohammed Benaissa, as Foreign Minister, a good sign given his close working relationship with the US on this issue.

Four months later, following the Algerian elections, in what may have been his last official meeting, King Hassan and I sat together on July 20, 1999, facing the Atlantic Ocean in Skhirat and discussed Bouteflika and other matters, along with Minister Benaissa for nearly an hour and half.

I was there to debrief the King, at my government’s request, concerning a recent visit to the US by Algerian General Larbi Belkheir. The State Department wanted the king to be aware of information provided by Belkheir regarding the Sahara, Algerian-Moroccan relations, regional security, and other matters. A related discussion however took up most of our time and would become a precursor for a new approach regarding the Sahara question.

King Hassan said that he now agreed with the US that a political solution to the Sahara was possible between Algeria and Morocco following Bouteflika’s election, stating, “I have concluded that the solution to the Sahara will be an African solution, not a Texas solution.”  He meant that he believed a solution between two brothers of Africa (Bouteflika and Hassan) was now possible, rather than one requiring a negotiated UN process led by the Secretary General’s Personal Envoy James Baker, who hailed from Texas.

King Hassan went on to relay a story about King Leopold III of Belgium during WWII.  He said that King Leopold, who sympathized with the Nazis, angered his citizens to the point that it put the throne in jeopardy, as most Belgians accused him of treason and called for his removal. In a meeting with his Prime Minister, Paul-Henri Spaak, Leopold disagreed that he was unpopular and demanded a referendum of the people to decide his fate. According to King Hassan, Spaak responded, “with all due respect Your Majesty, there can never be a referendum on the throne.”  But as history would record, a referendum did occur. It was a close vote, which tore the country apart, and after serious violence in the streets of Belgium, Leopold was forced to abdicate. King Hassan ended his story by saying he saw the best approach as a political solution, not a straight up or down referendum vote, which would only further split his country.

King Hassan would die three days later, on Friday, July 23, 1999. King Mohammed VI would receive Bouteflika warmly at his father’s funeral, call for a summit between the two leaders, and go on to agree in principal with the American Sahara proposal in a meeting with Madeleine Albright, on September 1st. Later that month, President Bouteflika sent a condescending letter to King Mohammed revealing his hegemonic vision for North Africa that ended any chance of changing the course of the bilateral relations between the two countries.

Bouteflika never missed an opportunity to miss an opportunity, and his inability to engage warmly with the Moroccans at this early point in time was among his biggest blunders. History will judge what little else he has accomplished the past twenty years.

Let’s hope the new Algerian leaders are reminded of this history and don’t miss another chance to improve the Moroccan-Algerian relationship if presented with the opportunity. King Hassan thought he had an opportunity to form a new relationship. One can believe that King Mohammed wishes the same. The Algerians have a chance to finally put the old order of doing business behind them and reach out for a new and modern relationship with Morocco, and breathe new life into the Maghreb as a result.