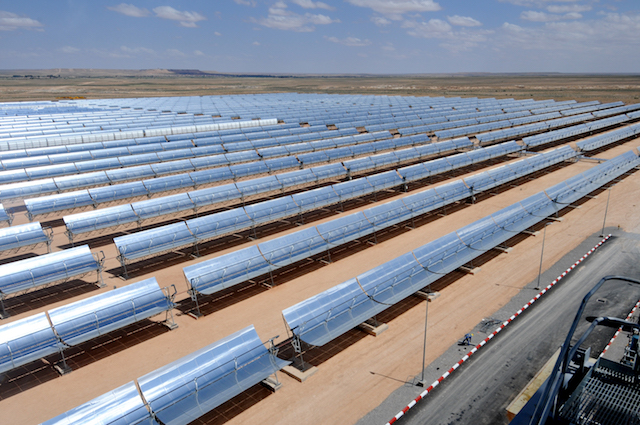 When one reads about Morocco, it is clear that regardless of its achievements, it must continue to move forward to create jobs, add value to and diversity the economy, reduce poverty, promote inclusion, and undertake long term reforms to move it towards a more equitable society. And this is what King Mohammed VI has been stressing for the last year – there’s no time to rest as long as benefits are not shared fairly among the Moroccan people.

His latest call for reshuffling the government and the national development strategy underscores how important it to avoid the fragility in Tunisia and the continued standoff as is going on in Algeria by moving ahead with incremental changes. We may quarrel with the pace of change, the lack of an independent judiciary, the heavy hand at times of the security services, and the lack of consistent promotion of human and civil rights throughout the country, and corruption in many sectors, yet, Morocco really has the opportunity to become an important change agent throughout the region.

So I’ve taken a look at some of the recent stories on Morocco’s economic development and am highlighting several that both describe the challenges and the solutions to keep the country growing, stable, and fair.

The most startling piece of data is the concern with poverty in the country. A World Bank report, “finds that 24% of the population, equating to nine million Moroccans, can be considered poor or at risk of poverty.” Despite reducing the rate of poverty dramatically in the past 20 years, the continued reliance on rainfed agriculture as a primary component of the economy causes rural incomes to fluctuate when crops fail, as in this past year. In addition, its chief export earner, the phosphates sector, is also subject to fluctuation when demand declines.

These and other variances combine to exacerbate unemployment, reduce domestic consumption of goods and services, and place a greater burden on government services. The bright star is that foreign direct investment is projected to grow in the coming years, which will provide more stability and opportunities in the market. These investments, in turn, provide opportunities for Morocco’s small and medium enterprises to become important players in value chains, providing parts and materials for the automotive, aerospace, manufacturing, and industrial sectors at home and overseas. The challenge is clear according to a recent study. “While SMEs represent 95% of Moroccan enterprises, about 40% of GDP and 46% of total employment, they account for only 31% of exports.” Prepared by Femise, the report identifies five areas in which Moroccan SMEs can participate in the global supply chain including co-locating at key manufacturing centers such as the Tanger-Med Port complex, access to international financing, supporting innovation by developing partnerships with universities and stimulating business flows to attract foreign direct investment, and investing in human capital.

Consistent with this report are statements by the king that the “financial sector should make it easier for young entrepreneurs and small and medium sized enterprises to access loans.” There are useful models for these kinds of programs in which banks and the government set up a joint fund that provides not only loans but technical assistance to rising companies to promote their growth and capabilities.

The high quality of the country’s strategy to diversify its economy has no better example than renewable energy, which, though relying on massive capital intensive investments in solar, wind, and hydro-electric power, leaves most of the project development to the private sector. The World Bank recently lauded the country’s power strategy, remarking on the strong top-down policy mandates that have bridged government efforts with private sector players. “Ambitious targets for electricity access, liberalization, and renewable energy investments were conceived as an integrated approach to contribute to economic development by relieving fiscal pressures, reducing external dependence on fossil fuels, and positioning the country as a regional leader in renewable energy.”

The report points out that “The results have been impressive.” The country is on track to generate more than 30% of its power from renewables by 2030 and more than 50% by 2050, utilizing a combination of international financing and private sector initiatives. Morocco achieved 100% access to power in rural areas in 2017, while gradually improving its operational capabilities throughout the country. There are still challenges in rationalizing costs and subsidies across the sector and controlling the dwindling yet still existing dependence on fuel imports to supply diesel and coal-fired power plants.

A final word about the new, streamlined government unveiled recently, with the female members barely visible behind their male counterparts in the official picture. While it is considered a necessary move to have more technocrats in the government, some doubt that this represents a broad change to a more dynamic team as key positions are still filled by holdovers from previous governments. For example, this story in Morocco World News  noted that “Whereas the reduction of ministerial portfolios is certainly the most salutary aspect of the reshuffling, there was an overall air of novelty and desire for enacting real change,” as six new faces are among the 24 ministers (down from 39).

It concluded that “For all the measured optimism surrounding the new faces, however, a reshuffling move that was supposed to be the signal of a new era, or the beginning of Morocco’s resolve to boldly march towards its much-hyped “new development model,” has largely been perceived as a disappointment. For critics, the political tsunami that had been announced turned out to be a minor tremor.”

So will this lead to the changes in the national development model mandated by the king or will this be more of the same in a different wrapper? Moroccans as well as the king will be keen to know if there will be results that strengthen the country’s efforts to build and sustain a more equitable, opportunistic, and responsive economy.