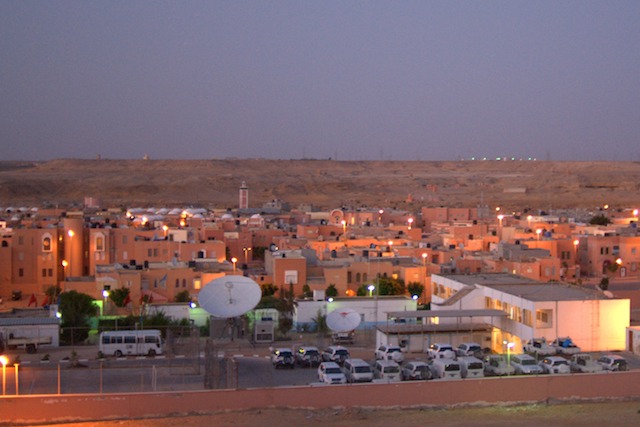 It has been nearly a year now since the surprise resignation of Hans Kohler as the United Nations Personal Envoy for Western Sahara. At the time of his resignation, there was the hope that the Secretary General would quickly find a replacement to avoid losing the much touted “momentum” that he had begun by convening two meetings of all the Parties.  These were the first such meetings in more than a decade.

The buzz in the region and among concerned capitals was all about a renewed “sense of urgency” to finally break the logjam on Western Sahara and move towards a real solution. Most observers expected, or at least said they did, that Mr. Kohler would finally get the Parties to focus on the core political issue at the heart of the problem, establishing the definition of sovereignty in Western Sahara. Most also  seemed to agree at that point that the status quo was unacceptable and potentially dangerous given the volatile security situation in the Sahara/Sahel. This is what I heard during discussions about the Sahara with officials at the State Department at the time.

Alas, none of that happened.  The Secretary General has been unable to find a replacement for Mr. Kohler for nearly a year. Indeed, it appears that the search has been abandoned. As I have noted before, given the dismal track record of previous Personal Envoys and the lack of support from the Security Council for their efforts, it is not surprising that identifying an acceptable candidate seems the new “mission impossible” for Western Sahara.

As a consequence of this international lethargy, the issue has slipped back to its default position.  A do nothing status quo is once again the order of the day. All “momentum” and “sense of urgency” is forfeit.  The Friends of the Western Sahara (USA, France, UK, Spain, Russia) have offered nothing new to revive the United Nations effort to move forward.  Indeed, there has been no discussion of the issue in the Security Council since the Secretary General’s last report in October 2019. That report gave a clear signal of what was to come when it broke with recent practice and renewed the mandate for MINURSO for a full year.

On the ground, there has also been little change. Various jihadi groups continue to operate in the Sahara/Sahel, contributing to the region’s political instability. A combination of foreign and local military forces, led by France, continue their effort to root them out with sometimes more, sometimes less success. The attacks are on-going.

The propaganda war between Morocco and Algeria also continues. A contested change of leadership in Algiers has produced no new thinking there on Western Sahara. If anything, Algiers seems every bit as dug in to its rigidity as ever. In the Polisario run refugee camps in Algeria, the population there, however many there are, still live in squalid conditions with no end in sight. In the Moroccan controlled portion of Western Sahara, various development projects continue apace and the only really new political development is the parade of foreign nations, mostly African, opening Consulates in the region’s principal cities, a Moroccan attempt to normalize and legitimize its de facto control of most of the territory of the region.

None of this is encouraging. I have been following and writing about developments in Western Sahara for more than two decades. I have made countless trips to the region. I have spoken with hundreds, more likely thousands, of the region’s inhabitants. I have many friends there.  I care about them and their future, but I have never been more discouraged than I am now about the prospects for a solution to this very human problem.

In my former official capacity as a US diplomat, I contributed, along with my former boss at the US Embassy in Rabat, Ambassador Ed Gabriel, to a major revision of US policy on this question which we both hoped and believed at the time would establish a new and promising foundation for a fair and just solution. It was a win/win proposal. It became the basis for US policy. Eventually, it also became the basis for Moroccan policy. It is still US policy, even though the lack of seriousness about its implementation has, over time, sapped the optimism I had originally for its eventual success.

My despair over the broken promises of the United States, and my continued hope for the future well being of the people of the Sahara have led me today to propose one last suggestion about a new way forward.

Clearly, the international community is not prepared to do what is necessary to break the stalemate in Western Sahara. But the promises that have been made must be kept. The US promised Morocco to use the full weight of its considerable influence to promote a solution to this issue based on a grant of substantial autonomy to the people of the Sahara in exchange for continued Moroccan sovereignty in the territory. The Government of Morocco promised the people of the region that it would grant such autonomy and offered its own plan for how to do this to the United Nations in April 2007. Neither promise has been kept.

Unless circumstances on the ground favoring such promises are implemented, it is unlikely that anything will change and these promises will remain empty and a growing source of deep frustration for the people of the territory.

What is needed is a strategic forcing maneuver that will disrupt the status quo in a positive manner favoring the kind of win/win solution Ambassador Gabriel and I championed at the State Department in 1999 and have since continued to support. This is possible. My next installment in this series will lay out the basic description and the initial steps of what I think needs to be done now.